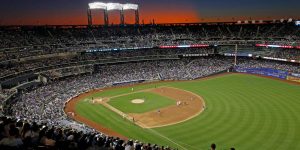 Well, its October and if you like sports, there are plenty of opportunities to watch or participate if so inclined.  We are in the middle of football season, which is a religion in itself to some people.  The NBA season started up a week ago, which seems like it just ended, and college basketball is soon to follow.  The World Series of Baseball just started this past week, and unless you are an Astros or Braves fan, you may not be cheering as loud, but if you are like me, do appreciate a good game.  Even if you are not inclined to play or watch professional, college, or local sports, surely you have friends or family who get excited over such things on a regular basis.  Since we do not have any professional teams in Iowa, most around here are inclined to cheer for either the Cyclones or Hawkeyes more loudly than others.  Do you consider yourself a fan of any certain team, and what led you to think that way?

I have a friend who is a long-time White Sox fan, and I watched a few games with him this year.  While they had a great year, they fell off toward the end of the season and didn’t end up making it to the World Series.  They did participate in the first ever major league game in Iowa vs the Yankees at the Field of Dreams on August 12 this year.  When I worked in Southern Virginia one Summer, I stayed with a retired WW2 veteran who was a lifelong Cubs fan.  After waiting over 100 years, several of those fans finally got their championship in 2016, and are now waiting till who knows when for another.  My grandfather was a pitcher in his youth and I got to play catch with him, even when he was in his 80’s.  When I was in elementary school, I became a fan of whichever teams that my older brother and his classmates happened to be fans of.  Many are indoctrinated from an early age to be fans of the local team, or whatever teams their family happens to root for.  As you have likely experienced, some folks are lifelong fans of a team whether they win or lose each season, but there are always more fair weather fans who jump on board when their local team does well.  Regardless, win or lose, they have to push the reset button after the season is over and start at 0-0 again the next season.  Are you a committed fan, or do your allegiances tend to change with the seasons?

What is more, I consider everything a loss because of the surpassing worth of knowing Christ Jesus my Lord, for whose sake I have lost all things. I consider them garbage, that I may gain Christ.  Philippians 3:8

Based on how they respond during sporting events, most people seem to like a good rivalry and competition.  While it is fun to get excited about a sporting event for a brief time, most of life is not a game, though there may be winners and losers, depending on what you are considering.  While at times fans can take sports so seriously that they become idols, there are good things to be gained from them as well.  It should help put into proper perspective that you are not going to win all the things you set forth to do in life.  In fact, life rarely turns out how we plan it out, and that is humbling, but despite the challenges, it can still play out better than we planned.  When we become fans of Christ and members of the Kingdom of God, our allegiance becomes much more than that of a dedicated life-long fan, but that of a player who never leaves the team.  We are in the game, but we already know that in the end, Christ is the victor!  And that is a real reason to cheer.