Psalm 33:12 (NKJV) Blessed is the nation whose God is the Lord, The people He has chosen as His own inheritance.

I believe in American exceptionalism.  I believe so, not because I believe Americans are particularly exceptional, but rather that God most certainly is.  I believe that He ordained the formation of this great country and provided the necessary catalysts to bring about it’s creation.  I believe this was possible because the willingness of the original colonists to believe in His sovereignty, the continuation of that belief by the majority of our founding fathers and the conviction of the succeeding generations.

In 2016 America has reached the brink.  As a nation we have been sliding this direction for the past 60 years. In 2014 most surveys suggest a decline of 8% in adults claiming a christian affiliation.  The number has been declining for several decades, but the decline in the last 7 is greater than all other years combined.  That is a drop of approximately 5 million people.

Now for the good news.  Over 70% of Americans claim a christian affiliation.  That equates to approximately 231 million people.  So, there’s still hope.

God has long held this nation in His protective embrace.  He has blessed us over and over again.  I believe that blessed Hand is lifting.  It’s lifting, not because we are no longer a nation filled with christians.  It’s lifting because we have become a nation of fruitless christians.

We’ve had it too good for too long.  Like Israel, we’ve allowed comfort to replace conviction.  As a nation of christians, we’ve lost our zeal because we don’t want to rock the boat we’re riding in.  Too many in this country have turned a blind eye and refuse to stand in the gap.

We’re weak.  Our faith is weak.  Our relationship with the Lord is weak.  Our knowledge of the word of God is miniscule.  Our witness is virtually unnoticeable.  Because of this weakness we lack courage and conviction in the face of what we know to be wrong.  Worse yet, we are complicit with the world.  I’m talking about the christians of this nation, you and I.

I draw this conclusion based on the evidence around us, the moral condition of our society.  231 million people claim to be christian and yet this nation is morally bankrupt.  Our beloved nation is being swallowed by the weeds.  Divorce is at an all time high and easier to obtain than a driver’s license.  Drug and alcohol abuse, depression, mental illness, greed, corruption, std’s, violence are at all time highs.  Even basic common courtesy is becoming hard to find.  If we are truly a nation of 231 million christians, how can this be?!

We have to engage, people.  We have to beat back the fear and stand courageously, despite the cost.   We’ve had it too easy.  There’s a cost to being a follower of Christ that few in this country have really had to count.  Last week I memorized  Romans 12:1,2   I beseech you therefore, brethren, by the mercies of God, that you present your bodies a living sacrifice, holy, acceptable to God, which is your reasonable service. 2 And do not be conformed to this world, but be transformed by the renewing of your mind, that you may prove what is that good and acceptable and perfect will of God. 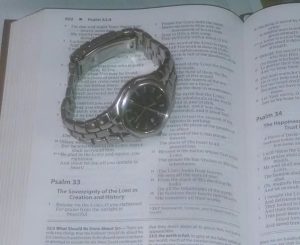 It’s time.  If we don’t engage, how many will not come to know the love and grace of Jesus?  If we don’t resolve to strengthen our relationship with Jesus, immerse ourselves in His word, burnish our convictions, how many will not have the faith and resolve to stand when it gets REALLY bad?  The good news is that there is time and that in Jesus we have all that we need.  It’s time.  God Bless you all.