God created man in His own image and man, being a gentleman, returned the favor- Mark Twain

Many of the men I meet put on a persona of strength and see themselves as weak.  They give into things they wish they didn’t… Not having the extra serving, getting up early to go on the run, engaging with their kids more instead of a tv, ordering something healthy, stopping at 1, not going to that website.  They compare themselves to men on tv whose job is to work out 4 hours a day.

Then they see a classic pictures of Jesus where he is weak, wimpy, and passive.

People make coffee mugs of Jesus Loves People, Turn the Other Cheek, Blessed are the Peacemakers
He also called the religious leaders “Broads of vipers” told them their father was the devil.

Jesus grew up working construction with 80 lbs blocks. He was a mans man. He went to church one day and noticed how the people selling sacrifices where overcharging keeping salvation out of reach to the poor.  Jesus makes a whip, runs the money changers out of the church, and flips their tables.  He could not believe the church had been turned into a place of exploitation for profit and power.  That Jesus we often do not know what to do with.

Once Jesus found a woman caught in the act of Adultery. She is clearly guilty. The law states she is deserving of death.  Jesus stands in front of her as a shield to the rocks, defending the sinner from the religious. The religious walk away and he tells her to stop living this lifestyle that led her here. That is straight savage.

Jesus was not safe.  He did not lead people to safe.  His followers left their families and businesses, were almost shipwrecked twice, kicked out of town, and almost joined Jesus on the cross.

In 1953, Billy Graham gathered people on the Washington lawn.  He went and took down the barriers between the black and white people, told the white users to leave them down or they could find someone else to lead the crusade. Martin Luther King JR had his iconic quotes, “I choose love, for hate is too great a burden” “I have been to the mountain…”  He had also gone to jail.  He was persecuted by those he was fighting against and those he was fighting for.

I meet people all the time that say they want to be more like Jesus, and yet want to live safe lives.  They give safely, share their faith safely, lead their families safely, and ultimately they want a Jesus that is safe so they feel comfortable living safe, weak, passive lives. 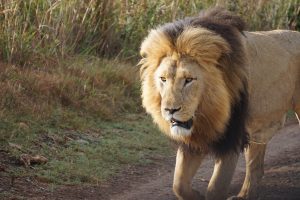 Jesus was not safe, weak, or passive.   He was actually aggressive, intense, and unashamed. Jesus was savage.