Have you ever been in a fight with that special someone and it seems to only get worse?  I am a pastor who has been married for 14 years and we still have those moments. It doesn’t matter if you just started dating or you have been married for decades, we do not always think the same thoughts, feel the same feelings, or share the same beliefs. First of all, fighting is not bad! Passion is good and we should fight for deep convictions. So when conflict happens, because it will, there are some keys to fighting fair.  So I hope this helps you…

1 Corinthians 13:4 Love is large and incredibly patient.  Love is gentle and consistently kind to all. It refuses to be jealous when blessing comes to someone else. Love does not brag about one’s achievements nor inflate its own importance. 5 Love does not traffic in shame and disrespect, nor selfishly seek its own honor. Love is not easily irritated or quick to take offense. 6 Love joyfully celebrates honesty and finds no delight in what is wrong. 7 Love is a safe place of shelter, for it never stops believing the best for others. Love never takes failure as a defeat, for it never gives up. 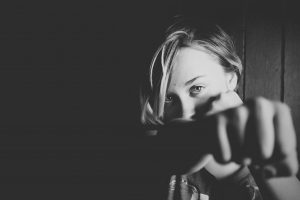 Whenever we are looking to win, we are looking for someone else to lose.  In relationships, you can win an argument and still lose. If one person ends up on top by putting down or belittling the other person, everyone loses.  It is easy to disagree and want the other person to think like you do, but often times they won’t.

Fighting to win is a mindset you get into before the fight. I know I can have conversations in my head before the fight so I can anticipate her response.  What is crazy is at times I will get mad at her for things she said in the fight in my head that she never said. So when the fight actually happens I have set myself up to “win.” So many times I have “won” the argument and wounded the person I love.  In the moment it might feel like winning, but the hours and days to follow show nobody won. So here is an alternative:

Fight for unity.  First, unity is not uniformity. Uniformity is you think, believe, and agree on everything.  That is not realistic, and if you want your special someone to think, believe, and agree with you all the time, they might as well be you. You didn’t want to date or marry you.  You wanted someone who broadened the way you look at the world, and not just someone who sees everything the same as you.

This is where real love comes in.  Love does not prefer self first but others. A major key to fighting fair is to understand the other person.  In my marriage, we have this phrase “What I hear you say is…” then I put in my own words what I thought she said.  Then I listen to her reply. Most of the time, what I heard is not what she said. Then she tries to say it again. We do this until I say back what she said.  It is only then she feels heard. Then I give my opinion only after she is understood. Another piece of this is sometimes even though I understand what she said, I might not agree. That is okay.  We might not ever agree on every “how to get to the destination,” but uniformity is not the goal. It is okay when they think, feel and believe differently. Respect is letting that be. You can go back and forth often without it getting out of hand when you respect them enough to not be you.

I hope this was helpful and you can take steps toward fighting fair.  Remember, when you don’t fight fair or they fight fair remember: no one is perfect.  We have to show grace and forgive. That is just part of relationship.

If you would like to hear more about how to have healthy relationships.  Starting September 15th we will begin a new teaching series called #RelationshipGoals.  We would love to help you navigate healthy dating and marriage. Relationships are hard, so let’s set some goals together.