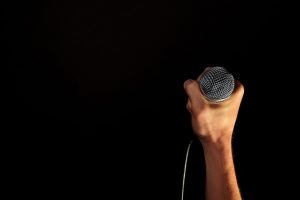 If I’ve seen one sports post-game interview I’ve seen them all. It seems as if every victorious athlete gives the same response to the sideline reporter: the other team played great, I could not have done it without my teammates, a huge thanks to my coach, and all the credit to God. All really great responses. But, is that really how the athlete feels? So many times I hear an athlete give those responses, only to read later in the week that they are ridiculing the other team, bashing their teammates, begging management to fire their coach, and taking all the glory for their accomplishments. It seems that most athletes know they are supposed to act humbly in the post-game interview, yet forget to live a life of humility the rest of the week.

My point here is not to pick on athletes because, quite honestly, most of us are no better {and, to be clear, there are some truly humble athletes out there}. We know we are supposed to act humbly, so we try hard to give humble answers and to appear humble in public. But, in our hearts and minds, we often are not very humble. We are prideful, self-focused, view ourselves above others, and have a very me-first attitude. We seem to excel at acting humble, but struggle at actually being humble.

What does it actually mean to be humble? The word humble comes form the Latin word for dirt. Its origin is in Genesis, where God creates humanity from the dirt. To be humble is to acknowledge that we are all dirt. We are all creatures that have been created by God and have fallen into sin. In fact, the giftedness and goodness that we do have is not of our doing, but the Spirit working in and through us. Therefore, we really have no reason to see ourselves any better then anyone else. The best example we have of humility is the life of Christ, as Paul points out in Philippians 2:8: And being found in appearance as a man, he {Jesus} humbled himself by becoming obedient to death—even death on a cross!

Jesus, God in the flesh, was the only one to ever walk this earth that was not dirt. He was not created from the dirt, and was not sinful, but instead was fully God. Yet, despite his divinity, he chose to lower himself for us. He chose to value you and I above himself by suffering and dying on the cross to pay our debts. That is the ultimate example of humility.

I want us to all ask ourselves this question: am I living humbly, or am I simply acting humbly? Am I putting the needs of others equal to/above my own, as Christ did, or am I living for myself? This week lets follow Christ’s lead and truly live a humble life.

← Description Of A Warrior Clean House →