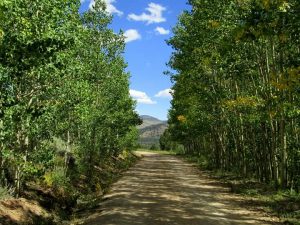 There are a great many out there who require proof. They want the tangible empirical evidence to the validity of the Bible. I understand you, believe me, I understand you. I am very much a proof’s in the pudding kind of man. I’ll believe what you are telling me, just prove it to me. Black, white, right, wrong pretty well sums up how I see things. So, praise God that He side stepped that need in me for this purpose. He saw fit to strongly instill in me the spiritual gift of faith. Due to that, I have no difficulty in accepting scripture as irrevocable truth. It is probably the only thing I can.

For some time now, I have been studying the evidence that supports the veracity of God’s word. It is astounding the volume of empirical, archaeological, eye witness, manuscript (biblical and secular) evidence known to us. As compelling, the lack of any such evidence to refute it is staggering. Through my research, thanks to the blinder freeing faith, God has been loading my gun. Someone reading this has questions, wants proof, needs convincing.

Guess what, the disciples of Christ’s time needed proof too. When He was captured, they fled. When He was murdered, they hid. When the tomb was discovered empty, they pondered, wondered, doubted. It was not until God proved it in the flesh, that their faith was restored. To me, their behavior is the greatest testimony, the most enticing evidence that Jesus Christ was and is who He claimed to be. Jesus’ followers were lost, scared, grief stricken. They were hardly the picture of champions of a world changing movement. They abandoned Him, they hid and contemplated their return home. It was over for them. Then, suddenly they are emboldened, rejuvenated and proclaiming the Gospel of the resurrected Christ. Men and women in the state they were in do not simply flip a switch and spin 180 degrees. At least not to maintain a fiction. No one could muster the courage, joy, patience, vigilance and willingness to be martyred as they did. No one. Show me any other example in human history of such a transformation.

There’s only one logical conclusion to draw from this. It is subjective evidence bearing witness to the objective fact that Jesus Christ arose on the third day. For only a risen Christ could have such transforming power on a person’s life.

John 20:29 (NKJV) Jesus said to him, “Thomas, because you have seen Me, you have believed. Blessed are those who have not seen and yet have believed.”

In full pursuit of the greatest Trophy,
Scott Pace