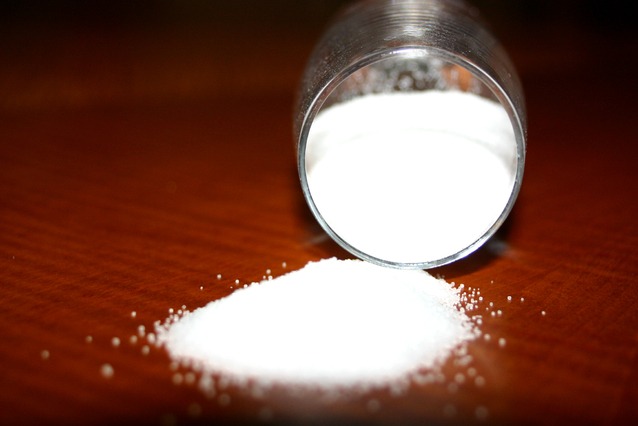 You are the salt of the earth, but if salt has lost its taste, how shall its saltiness be restored? It is no longer good for anything except to be thrown out and trampled under people’s feet. Matthew 5:13

Salt, especially in Jesus’ time, was known for two primary qualities. First, it was a seasoning that made food taste better. I once lived in a community that was participating in a health initiative, and one of the suggested steps was removing salt shakers from restaurant tables. I won’t offer my personal opinion, but I will say MANY people were firmly not in favor. Why? Because salt adds flavor and can make food better. There have certainly been times in my house where a dash of salt has turned a seemingly failed dinner into a success. That is what Jesus is calling us to do. As Christians, we are to make the world better. We are to help and serve others, to spread God’s love, and to share the gospel. A constant question we should be asking ourselves is: did I make someone better today?

The second aspect of salt was its ability to preserve foods, to make them last longer. Before refrigeration preserving foods, especially meats, was exceedingly difficult. One of the most effective ways to preserve meat was to pack it with salt, making it last substantially longer. In the same way, Jesus calls us to preserve our sinful world. It takes about 10 seconds of the news or social media to alert us to the fact that our world needs some serious preservation efforts. The values laid out in the Bible have come under siege in major ways throughout our world. We are called to stand for God’s values, to help preserve His amazing plan for the world.

Yet, when we lose our relationship and connection with Him it becomes difficult to be that salt. I’ve not only experienced that in my life and ministry, but see it daily with the pastors I work with. So many of them are overworked in their ministries, second jobs, and family life that they are losing their saltiness. Because of their extreme busyness, and the stress that it causes, their connection to God is weakening. They subsequently struggle to be the salt they have been called to be.

Does this problem sound familiar? Study after study shows that we are busier, more stressed, and more burned-out then at any time in human history. Have you noticed that the busier and stressed you are, the less salt-like your life it?  It is incredibly difficult to be salt in our world today under the best of conditions, and to attempt to do so when one’s “saltiness” is fading away is near impossible. The solution is to make a plan to regularly connect with God, to recharge yourself so that you can be the salt God means for you to be. God has a HUGE plan for you, a plan to make individuals and the world better. Your task is to do your part by connecting to Him and serving Him daily.