From Grumbling to Grace: Stop Your Grumbling! 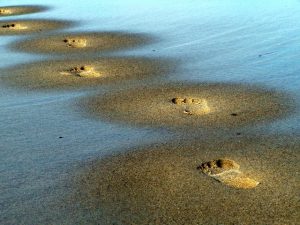 So, we had a Super Bowl on Sunday. I didn’t bother watching it because I’m still bitter that my team, the Green Bay Packers, was not playing. They would have been had Aaron Rodgers simply kept the ball and ran on third and goal. They could have been had they gone for a TD rather then a field goal on fourth and goal. The would have been had Tom Brady’s personal assistants (the guys in black and white stripes) called things correctly. However, since none of those things happened, we all get to hear all about Tom Brady’s greatness for the next year. Tom Brady won the game while blindfolded and walking on water! Tom Brady cured COVID between the quarters, and then cancer at halftime! Yes, I am braced for a full year of Tom Brady is the GOAT coverage on various sports networks.

Now, while I am smarting a little from the Packers’ loss, I am not really that embittered at Tom Brady (the man has my respect). I offer that first paragraph as an example of something we do too often: we grumble. We grumble about our jobs, our finances, our friends, our spouses, even our churches. Even things that should be fun, like rooting for sports teams, provide bountiful opportunities for grumbling. So, is all this grumbling healthy? I would argue it’s actually incredibly unhealthy. See, by definition grumbling indicates a lack of something. We grumble because things are not the way we desire them to be. While yes, there are certainly things that are not right in the world, I would argue we should not spend so much of our time grumbling about them. Rather, we should spend significantly more time rejoicing about what we do have: the love and grace of God.

Psalm 106:9-13 provides an illustration of what happens when we focus on what we lack, instead of rejoicing in what we have.                              He rebuked the Red Sea, and it became dry, and he led them through the deep as through a desert. So he saved them from the hand of the foe and redeemed them from the power of the enemy. And the waters covered their adversaries; not one of them was left. Then they believed his words; they sang his praise. But they soon forgot his works; they did not wait for his counsel. Psalm 106:9-13

This passage sums up something we do too often. The Israelites had just witnessed God miraculously save them from slavery in Egypt. And what was their response? They found the things they did not have and started grumbling. They became so upset that they even wished they were dead or could return to being slaves! They completely forgot to rejoice in the amazing things God had done. I pray we can all avoid doing the same. God loves us so much that he chose to die on a cross to forgive us of our sins, giving us life everlasting. That’s the one thing we REALLY need, and God gave it to us for free. The next time you are tempted to start grumbling about something, I urge you to instead pause and rejoice in what God has gracefully given you: eternal life.

← 7 Declaration's we can make to stand in our Faith The Choice in Doing... →