How to Change the World… part 4

A little over four years ago I bought a house. The ceiling was falling down. The water pipes were broken. The HVAC was broken. Most of the house didn’t have any flooring in it. Oh and it was UGLY!!! Wow it was ugly. The house had been on the market for months. No one wanted it.

I went to go see it and I offered more than they were asking. I bought the house. Then I fixed that house. It has new everywhere! I put it on the market and it was under contract in 36 hours. The house sold for $81,000 more than I put in it. Most people saw a problem, I saw an opportunity. 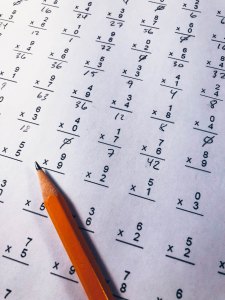 I wonder how often we see problems and get stuck in our complaining instead of seeing it as opportunity.

Joshua inspected the promised land with 11 other spies. 10 spies saw giants, massive armies, and huge walls. Joshua and Caleb saw an opportunity. The 10 spies gave their report and here is what happened next.

Numbers 14:5 Then Moses and Aaron fell face down on the ground before the whole community of Israel. 6 Two of the men who had explored the land, Joshua son of Nun and Caleb son of Jephunneh, tore their clothing. 7 They said to all the people of Israel, “The land we traveled through and explored is a wonderful land! 8 And if the Lord is pleased with us, he will bring us safely into that land and give it to us. It is a rich land flowing with milk and honey. 9 Do not rebel against the Lord, and don’t be afraid of the people of the land. They are only helpless prey to us! They have no protection, but the Lord is with us! Don’t be afraid of them!”

The fourth way to change the world is…. See problems as opportunity

When we compare our problems to our abilities it is easy to get defeated. When we look at our problems compared to God we see opportunity.

So what are the greatest problems you are facing now? Write them down… like for real, do it now.

Now compare them to God one at a time. Ask Him what He thinks of your problem. Write that down too! The Lord opened Joshua’s eyes to opportunity that looked like giants, massive armies, and huge walls. May the Lord open your eyes to see as He sees.

← WHO You Bringing this Year? Church →