How will You use Your Faith? 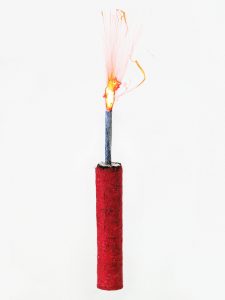 Alfred Nobel was a rare form of genius. Despite only attending school for eighteen months during his entire life-time, he held over 350 patents, the most famous of which was for dynamite. While we often think of dynamite as an element of war, Nobel set about creating it for one reason: safety. The leading explosive of the day, nitroglycerin, was notoriously unpredictable. It caused a serious explosion at Nobel’s own factory that killed five people, including his own brother. In creating dynamite Nobel was creating a tool that would have substantial explosive power for the mining industry, as well as prevent future deaths like his brother’s. Indeed, dynamite would come to play a key role in many industries up to the present day, but it’s use in war and terrorism tends to receive all the focus. In fact, an errounosly published obituary referring to Nobel as the “merchant of death” for the creating dynamite led Nobel to leave the vast majority of his fortune to promoting peace through the Nobel Peace Prize.

Dynamite, and various other explosives developed from it, can be extremely positive. Without it many important mining projects, road projects, and development projects could have never safely happened. Unfortanely, dynamite can also be used for nefarious. It is obsiouly a double edged sword that has to be used with wisdom and care. Believe it or not, being a Chrisitan is quite similar to this. We have the potential to do so many good things: lead people to Christ, improve the lives of the poor, love the downtrodden, equip future leaders, grow the faith of others, and so much more.

There is so much positive that can come out of our Chrisitan life. But, if we are not careful, we can also do harm. We can be overly judgemental, hypocritical, self-centered, focused on our wants rather than other’s needs, and more. There is an old DC Talk song that opens with the line: “the biggest single cause of atheism today is Christians.” Honestly, from my experiences, I’d say that rings relatively true. I’ve talked to so many people who are open to God, but because of how they have been treated by Christians they have no desire to get close to God or His church. Look at what Paul writes in James:

Do not speak evil against one another, brothers. The one who speaks against a brother or judges his brother, speaks evil against the law and judges the law. But if you judge the law, you are not a doer of the law but a judge. There is only one lawgiver and judge, he who is able to save and to destroy. But who are you to judge your neighbor? James 4:11-12

It is not our role to judge or condemn, but to make others better. We’ve been given a powerful responsibility as followers of Christ, one even more powerful than dynamite. May we always use it to improve others and not to inflict harm.

← A Day at the Beach 4 Statements that will Change Your Life! -Part 1 →