In late Sept of this year, I went to visit a church plant (Sozo Church) in San Francisco.  It was incredible!  The church is about one year old.  Before they gathered at 6 am to transform a middle school into a gathering of the church, they prayed.  When I say they prayed, I don’t mean they said religious words before a church activity because they should.  They asked God to move powerfully in their service.  Many were in tears as they mentioned people by name who needed freedom from addiction or healing from wounds.  They wanted the Holy Spirit to fall not so they had an emotional response but that His Glory would change their city. 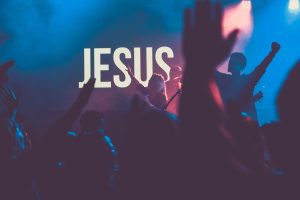 I walked the streets for hours and met people.  Some were homeless and some were wealthy.  What they had in common was they were so lost. This city is not just unchurched but it is also anti church. They are about to take the church branding off their trailers to make it safer to store them.  They pay “private” security to guard the trailers at night.  They get hate mail, they get protested, they get blackballed for renting spaces.  Why?  They are a church.

16 Simon Peter answered, “You are the Messiah, the Son of the living God.”

17 Jesus replied, “You are blessed, Simon son of John, because my Father in heaven has revealed this to you. You did not learn this from any human being.18 Now I say to you that you are Peter (which means ‘rock’), and upon this rock I will build my church, and all the powers of hell will not conquer it.

Matthew 28:18 Jesus came and told his disciples, “I have been given all authority in heaven and on earth. 19 Therefore, GO and make disciples of all the nations, baptizing them in the name of the Father and the Son and the Holy Spirit. 20 Teach these new disciples to obey all the commands I have given you. And be sure of this: I am with you always, even to the end of the age.”

Jesus started the “C”hurch.  It was His idea. It is not a building! It is not a religion!  It is a gathering of believers who are called to preach the good news which is Jesus is messiah.  Jesus died not to make bad people good people but dead people alive people.  I love the “C”hurch because this is our calling! This is our message that transforms lives and families!  This is why people move to anti church expensive cities!  This is why we give to local churches.  Our King, our Savior, our Friend entrusted us with the greatest story ever told!

← Ability or Availability? Welcome In →