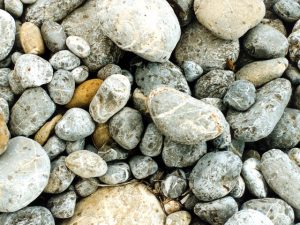 Again Jesus spoke to them, saying, “I am the light of the world. Whoever follows me will not walk in darkness, but will have the light of life.” John 8:12

These are some of the most familiar, beloved, and memorized words in all of scripture. Yet, as familiar as these words are, we often don’t know the context in which Jesus uttered them. Jesus spoke these words to the assembled crowd right after he told a group of religious leaders that whoever was without sin should cast the first stone {v. 7}. Do you remember that encounter?

Jesus was at the Temple in Jerusalem early one morning, when a crowd sought him out to hear his teaching. Soon a group of religious leaders came to him, dragging in their wake a woman who had recently been caught adultery. Adultery was considered one of the two most serious sins at the time, and was thereby punishable by death by stoning. These religious leaders thought they could use this woman’s case as the perfect trap for Jesus. If Jesus {who was known to preach love and forgiveness} forgave her then the leaders would be able to show that he did not fully follow the law. If he did follow the letter of the law, allowing the woman to be executed, then the leaders would be able to show Jesus’ followers that he was not really all that loving and forgiving after all. All in all it seemed as if they had laid the perfect trap for Jesus.

Jesus’ response, however, proved to completely turn the world of the leaders on its head. He turned to them and proclaimed “Let him who is without sin among you be the first to throw a stone at her” {v. 7}, to which the leaders all the leaders turned away, letting the woman go. Jesus managed to show that he was both perfectly loving and perfectly followed the law. This encounter speaks to three major teaching about Jesus.

← No Regrets UpSide Down Kingdom →