Ephesians 4:29 (ESV) Let no corrupting talk come out of your mouths, but only such as is good for building up, as fits the occasion, that it may give grace to those who hear.

Forgiveness is a very difficult thing to ask for, and often even more difficult to extend.

Just recently, a high school classmate contacted me.  Let me preface this conversation with, I was everything but nice to her.  Over the years, with pure shame and disgust, I have looked back at that time in my life with full realization of the cruelty I wreaked upon her.  Fearfully, but resolutely, I had hoped she would be at our 10 year class reunion, so that I could apologize to her face to face and ask for her forgiveness.  She didn’t come, and I took no further action. God has prompted me on many occasions to reach out to her, apologize and ask for her forgiveness, but shamefully I never have.

I must suppose that God, with extreme disappointment, grew tired of waiting for me to resolve this matter, to offer to make amends and at least try to repair the damage that I had caused.  So, He took a different approach.  Without the slightest doubt, I believe He prompted her to contact me in order to begin the process of healing and closure for us both.

She was perfectly candid in expressing the hurt that I caused. I never fully comprehended the depth of my action’s impact, I do now.  She expressed to me a degree of confusion that I don’t think either of us could ever fully decipher.  My behavior toward her took an emotional toll on her to the point it was affecting her physically, as well.  I ruined her high school years.  I can never take that back, and she will never have what she should’ve had.

Over the years, I have carried with me a tremendous amount of shame and guilt over my treatment of her.  When I think on it, I can hardly recognize the young man capable of the careless disregard I showed her.  Nonetheless, it was I, and I alone. 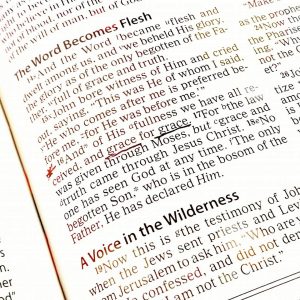 Through one courageous act of grace, with dignity, she extended the greatest gift one can bestow on another, pure unwavering forgiveness.  She concluded her message with, “now I would like to think that you did not understand what your actions were doing.  I forgive that child for those actions and hope you have a wonderful life.”

He does not deal with us according to our sins,

nor repay us according to our iniquities.

11 For as high as the heavens are above the earth,

so great is his steadfast love toward those who fear him;

so far does he remove our transgressions from us.

13 As a father shows compassion to his children,

so the Lord shows compassion to those who fear him.

The power in sincere forgiveness is immeasurable.  Whether it is granted or received, asked for or shunned, its effect is boundless.  The peace and liberty available with that simple act is felt by both.  Healing can never fully be accomplished without it.  I certainly didn’t deserve her gift, and would have never held anything against her had she refused to extend it. Just as Jesus freely and lovingly extends His boundless gift of grace, so has she.  Her courage to do so humbles me, but I am grateful.  I cannot undue the things that were done, but because of her strength of heart, perhaps we both can be free from now on.  Have a blessed weekend