Have you ever wondered if there was more to following Jesus than being forgiven for your sins?  If you have ever had that thought, you are right!  Not that if the only thing received was forgiveness that would be enough, and we should praise and worship in response for all eternity. Jesus forgave us by His death but he actually died so we could have Freedom!

800 years before Jesus the prophet Isaiah told us what would happen to Jesus and why.  He endured 4 unique wounds so we could experience the life He desires us to live. 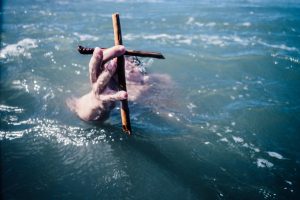 The Whip: Freedom for my body “by His stripes we are healed”

The first wound was the whip or “cat of nine tails.”  It had a two handed handle and nine leather chords, each with pieces of rock, stone, glass, and metal tied to it with horse hair.  They would soak the whip in water to make it heavy.  They would whip you 13 times across each shoulder muscle and 13 times down your spine, let it stick and then pull down to sever the muscle.  I have been physically healed and I know many people who have been healed.  God still heals today!  Does He always heal? No. Why? I don’t know.  But we can go to Him with our brokenness and know He heals us.

The Thorns: Freedom for my mind “The punishment that brought us peace”

I know depression.  I know sadness that overwhelms me.  I know anxiety worrying if there will be enough.  I know fear that cripples my faith. I know what it is to have no peace in my mind.  I also know what it is to walk in freedom here!  Though the circumstances were just as big, in my mind the peace of Jesus overcomes the depression, anxiety, and fear.   So how do you get this kind of peace?  I am sure there are places in you mind where you lack peace.  You lose sleep over things that might happen, you don’t like being alone in silence because silence makes you uncomfortable, you stuff emotions choices you have made and will not look yourself in the eyes, you overcompensate for your lack hoping people won’t notice. Don’t worry you are not alone and Jesus knew you would be here.  This peace is not earned but received.

The Nails: Freedom for your hands “Pierced for our transgressions”

He was nailed to a cross for a slow suffocation to maximize torture. This was for the sin we chose to do. We knew it was wrong, we knew they would get hurt, we knew it was selfish, we know it had consequences and we did it anyways. You see the nails were in his hands and feet.  It was our hands that did the sin, and our feet that got us there. This is for the forgiveness of what we have done, are doing, and will do.  Jesus knew it all and died for you anyways. He bore your shame so you could have peace in your soul.  He not only did this to forgive you but he wants to give you the ability to forgive yourself.

The Spear: Freedom for my heart “crushed for our iniquity”

Finally, they took a spear and drove it under his ribs into His heart.  When they did this water came before blood, showing His heart sack had already been broken.  You see He did not die of blood loss, suffocation, but of heartbreak.  I know what it is to have my heart broken and be betrayed. You are overwhelmed by everything to such a level that you can only see your hurt. The Father turned His back on Jesus so He didn’t have to do it to us.  That is what crushed Him. He bore the weight of our inherited sin passed down to us by our families.

This is the Freedom He purchased.  It is received and not earned.  Some of you need to read this 3x times today to let it sink in.  Where do you need freedom today?  Go to the source!  Receive out of relationship and not religion.

← We Need a Light Or the Highway →