On the Same Team 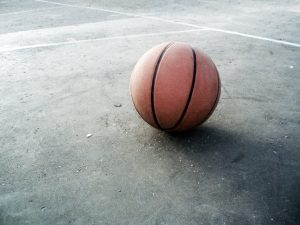 I might live outside the U.S., but that does not mean I’m not watching my favorite sporting event: the NCAA basketball tournament. I love this tournament because every year so many things are possible. Teams from schools most of us have never heard of (looking at you St. Peters) end up defeating some of the biggest and well funded universities in the country. A key in many of these upsets is that the underdogs capitalize on teamwork. They know they are unlikely to win on talent alone, so they work together to make the seemingly impossible possible. Its an awesome thing to see. I have to be honest: I’ve often not had great experiences on teams. Whether it be sports teams, work teams, or even ministry teams, I’ve been part of many “teams” that have failed to realize we’re all on the same team. Instead, personal ambitions, desires, preferences, etc. all get in the way. Instead of focusing on our common goal we get so divided by our own differences that we often fail.

I’ve been around the Church long enough to know that teamwork is a challenge within the family of Christ. You may be surprised to learn that this is far from a new problem. From the earliest days of the Church one of the Church’s biggest enemies was itself. In Acts 11 we learn of a debate that threatened to destroy the early Church. Some argued that people must first become fully Jewish before they could follow Christ, while others argued that such steps were made unnecessary by the sacrificial death of Christ Jesus.

As I began to speak, the Holy Spirit fell on them just as on us at the beginning. And I remembered the word of the Lord, how he said, ‘John baptized with water, but you will be baptized with the Holy Spirit.’ If then God gave the same gift to them as he gave to us when we believed in the Lord Jesus Christ, who was I that I could stand in God’s way?” When they heard these things they fell silent. And they glorified God, saying, “Then to the Gentiles also God has granted repentance that leads to life.” Acts 11:15-18

What happened here is that God made it clear that all who believed in Jesus as the Messiah were all on the same team. It did not matter where they grew up, who their parents were, what sins they had committed, or how they had lived their life. What mattered was that they confessed their sins, believed in Jesus as their savior, and we’re prepared to follow God.

I fear we’ve gone backwards on this issue. We spend so much time debating and fighting amongst our teammates (other believers) that we fail to come together as the team God intends for us to be. God intends for the Church to be a people worshiping Him, sharing His Word, and transforming lives. God wants the church constantly making others better. Instead of seeing all the differences between ourselves, let’s stop and remember the big things we have in common: we’ve been saved by Jesus and called to serve our God. We’re all on the same team. May we all embrace that reality and shine brightly for God’s Kingdom.