Have you ever been so ashamed you wish you could change your name and who you were?  That was the story of Levi in the New Testament.  He was most likely given the name Levi because his parents believed he would be a priest.  Either at the age of 12 or 18, he was told he did not have what it takes to be a priest. So he changed his name and became the person priests hate the most… a Tax collector. 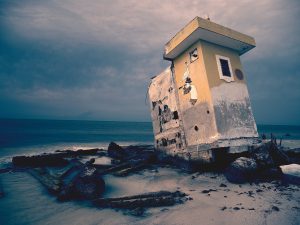 Can you imagine the conversation over dinner when Levi tells his parents he is going to become what they hate and he is going to change his name to Matthew.  That is not a Hebrew name but a Roman name.  So not only was he going to be come what his parents hated, he was choosing to identify not as a Hebrew but the government that oppressed them.

Levi leads his life as a tax collector, robbing the jewish people along the way.  He is getting wealthy doing too by the way.  With wealth come parties and parties come with stories.

I know what it feels like to not measure up.  I had a massive head growing up (I had to get a varsity helmet in the 5th grade because the kid and middle school helmets were too small), that will get you made fun of.  I often did not make the A team.  I was never the smartest kid in the class.  I was not the most religious or best behaved at church growing up.  I have been fired on more than one occasion.  I was an outsider in college. I had pastors say I did not have what it takes to lead in ministry.

I am sure you have your moments to. I am sure there have been days that you have felt like moving away and changing your name.  Levi just did it in their faces.  Then one day Levi’s life changes forever…

Matthew is working his booth when a famous teacher shows up.  This teacher named Jesus comes right up to his booth and invites him to be his disciple.  Matthew knows what this means.  The most famous teacher in the region just said he was good enough.  The phrase he longed to hear for his whole life and thought would never happen, just happened.  I am sure he has to question if he heard correctly, or if Jesus wasn’t talking to the person standing behind him.

Jesus was talking to Matthew.  He knew what Matthew did and the mess he had made of his life.  He still chose him.  If you were Jesus and could only choose 12 men to change the world, wouldn’t there be a man with a little less baggage?

I wonder if that was the idea all along.  Matthew was a mess.  Most of the mess he didn’t create but he certainly made it worse and not better.  Jesus still chose him.  Matthew didn’t deserve it and did nothing to earn it.  He just got picked.  Jesus was able to see past the mess and into who Matthew really was.  You know the best part Jesus doesn’t change his name back to Levi.  He takes the broken part of the story and gives it purpose and meaning.

What Matthew did right was get up and follow Jesus.  He gave Jesus the mess and let Jesus decide what to do with it. His decision to follow gave him a front row seat to the greatest moments of history.  Matthew later dies preaching the message of Jesus.  He finished well. So can you.  I do not know what you have done or what you are stuck in.  I do not know the messes you have made or the ones you sit in others made.  What I do know is when you give your broken life to Jesus.  He changes everything.  So right now what broken rejected place do you have to give to Jesus?  Give it to him now!