Seek, Then Tell Them

Colossians 3:1 (NKJV) If then you were raised with Christ, seek those things which are above where Christ is, sitting at the right hand of God. 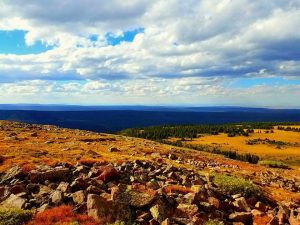 I read this verse the other day and it was the first time that I read it for what it really says. Every time prior, I had read this as a question, a matter of doubt, “if then you were raised…” When I read it this time, Paul’s intent was made clear to me. This is a statement of confident victory.  Paul is flatly stating, “YOU WERE RAISED…” This is a proclamation. Christ died, God raised Him from the dead, and with Him so too were you raised. Now, focus, fix your gaze, heart, mind, every ounce of your being resolutely on the things above.

Colossians 3:2,3 Set your mind on things above, not on things on the earth. 3 For you died, and your life is hidden with Christ in God.

Too many Christians freely receive the gift of salvation and that’s where the journey ends. In other words, they carry out their days on earth with two minds, their Christian mind, and then their secular mind, bouncing back and forth as they deem the situation calls for.

A.W. Tozer talks about Christians being 30, 60 or 100-fold Christians. The 30-fold receive Jesus’ gift of saving grace, but go no further. They stay trapped, catching a glimpse of the promise that lays just outside their grasp, because they refuse to let go of the things of this world. They refuse to resolve to live in one mind. They refuse to fix their gaze and, “seek those things which are above.”

The 100-fold Christian sells out 100 percent. His gaze is firmly affixed on Jesus and the promise He lays before him. He is determined, unwavering and because of it, he is fruitful. God can use men like this and men like this get to experience the fully promised life in Christ.

John 17:17-22  Sanctify them by Your truth.  Your word is truth.  18 As You sent Me into the world, I also have sent them into the world.  19 And for their sakes I sanctify Myself, that they also may be sanctified by the truth.  20 “I do not pray for these alone, but also for those who will believe in Me through their word;  21 that they all may be one, as You, Father, are in Me, and I in You; that they also may be one in Us, that the world may believe that You sent Me. 22 And the glory which You gave Me I have given them, that they may be one just as We are one:

In John 17 we read Jesus’ prayer for His disciples.  He prays for our protection from evil, but in 17-22 He prays that God would sanctify us in truth.  Why? It is so that we can go out into the world, with our gaze perfectly affixed to “those things which are above,”  and proclaim the gospel message to those still trapped in darkness.

Where is your focus? What do you live for, think about? Why do you do the things you do, in the way that you do them? You were raised for something far more exquisite than any of us could ever imagine, but it requires of us. You must look to, focus on, and pursue the unimaginable glory of God.  Then you must go out into the world and tell them what you see!  Have a blessed weekend.

Colossians 3:4 When Christ who is our life appears, then you also will appear with Him in glory.

In full pursuit of the greatest Trophy,
Scott Pace