When Pigs Fly: Changed for the Better 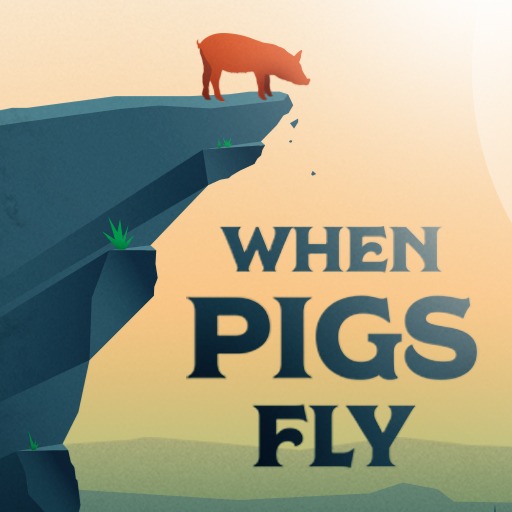 As a Cubs fan I heard the phrase “when pigs fly” A LOT. It seemed an apt phrase, as the thought of the Cubbies making a World Series (let alone WINNING one) seemed about as likely as pigs bursting through the roof of a hog confinement and soaring through the air. Even when the Cubs had a 5-0 lead in the bottom of the 9th in game 6 of the NLCS I STILL doubted them (I was not alone. Watch the video of the ninth and watch the expressions on Cub fan faces. It’s panic, not joy.). When they finally did win it all it was one of the most exhilarating experiences of my life. Not simply because my team had won, but because something I thought was impossible had finally happened.

There are many things in life we’ve decided will only occur when pigs fly. Over the next few weeks I want us to think deeper about a few of them. Today I want us to think about change. I think most of us walk around with a laundry list of things we don’t think can be changed in our lives. Sinful behaviors, bad habits, illness, fully serving Jesus, bad relationships, our financial situation, our career, and so on. We’ve probably tried a lot of things to change these things, but they always seem to fail. So, whether we want to admit it or not, we’ve come to hold a “when pigs fly attitude.” We’ve simply given up on change ever coming to our life. There was a man in the Bible whom I sure thought change would come to his life only when pigs fly:

A few days later, when Jesus again entered Capernaum, the people heard that he had come home. They gathered in such large numbers that there was no room left, not even outside the door, and he preached the word to them. Some men came, bringing to him a paralyzed man, carried by four of them. Since they could not get him to Jesus because of the crowd, they made an opening in the roof above Jesus by digging through it and then lowered the mat the man was lying on. When Jesus saw their faith, he said to the paralyzed man, “Son, your sins are forgiven.” Mark 2:1-5, 11-12

A paralyzed man in Jesus’ day not only had zero chance of getting better, but he also had little to no chance at a good and long life. Yet, this man had faith in Jesus, and Jesus not only healed him physically, but spiritually as well. See, God desires to change your life for the better. He wants to help you break your bad habits, heal your wounds, mend your relationships, and cease your sinful ways. And, more importantly, He has the power to do. But most importantly, God has already changed you in a permanent and perfect way: by His grace you have been given the gift of eternal life. The gift that overcomes every problem you will ever experience in this world. Lets stop looking at things in our lives as only changing when pigs fly, and instead begin having the faith that God can change us now and forever.