Who is your guide?

I have spent a lot of time recently looking through the different seasons of my life and what contributed to the good seasons and the challenging ones.  Here is what I have learned.  Who I allowed to speak into my life determined the quality and direction of my life.  When I was in college, I had a mentor who was rough, offensive, arrogant, and caused hurtful waves in relationships.  Sad to say in those years and some to follow I was rough, offensive, arrogant, and caused hurtful waves.  It brought challenges in the relationships I valued most.  I did not know any better.  Today my heart grieves some of the things I have said and did that hurt the people I love.  I have had to repent to so many people as a result. 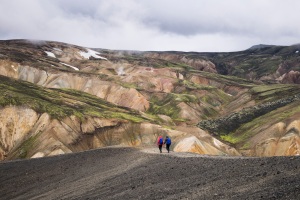 Proverbs 13:20 Walk with the wise and become wise, for a companion of fools suffers harm.

A couple of years later, I got a new mentor.  He was a peacemaker.  Do not get me wrong… He was strong, direct, loving, and by no means passive.  He taught me, corrected me, and at times lovingly rebuked me.  Often it hurt and challenged the way I had been living, all the things that I had learned from my previous leader.  This new mentor made me better, helped me find spiritual strength, and told me the truth.

King David had 3 relationships that made him a better man. Samuel was a prophet looking for a new king for Israel.  Jesse (David’s dad) brought all of David’s brothers to meet Samuel thinking one of his oldest and strongest would be chosen.  Samuel by the power of the Holy Spirit saw something in David that no one else saw.  Everyone else looked at the outside but God looks at the inside.  Samuel made David better because he call out the gift of God in him.  David also had Jonathan.  Jonathan was King Saul’s son.  There was a time David was ready to give up on what God had called him to do and Jonathan approached him and said…

1 Samuel 23:16 Jonathan went to find David and encouraged him to stay strong in his faith in God. (emphasis mine)

Jonathan helped David find spiritual strength.  David also had Nathan.  Samuel the prophet had died and Nathan took his place.  Later in David’s life, he fell into sin and tried to cover it up.  David is king now and hold the power to do what ever he wants.  Nathan learns of David’s sin and rebukes David in a way he did not expect. David repents of his sin and spends a large portion of his life trying to resolve the consequence of his sin.  Nathan loves David enough to tell him the truth.

So who is your Samuel, your Jonathan, your Nathan?  You will never be who God has called you to be without them.  Get humble, seek God for who He wants to play those roles in your life.  Go ask them!

← Who are You Leading For? Out of Control →