Why should you pray…

I spent a lot of my childhood in a religious church.  Many people went to church because they should, they acted a certain way because of a list of rules they should follow, and they prayed because it was a requirement to be a “good christian.” This was not true of everyone in that church but it was very common.

Language changes over time.  If you have ever read a King James Bible, you will see how english has changed over time.  Word mean different things than they used to.  Religion is one of those words. Today religion means following a list of rules to appease an institution we call church.  Jesus grew up in a similar culture.  Religious people who follow a list of rules to appease an institution of the temple.  The leaders of these religious people were called pharisees. Jesus did not get along well with them.  Jesus was teaching people what it mean to follow Him and not get trapped in religion.  He even warns where religion would leave them. 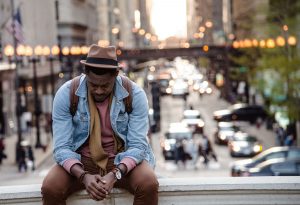 So what is God’s will for you?  That you would know Him.  Not know about Him, or do great things in His name apart from knowing Him.  God is looking for relationship and not religious behavior.  The pharisees prayed, fasted, gave generously, cared for the sick and the poor, led people into repentance through sacrifice.  Then they started getting wealthy doing it.  They sold the animals for sacrifice, charged a temple tax, took up offerings, and then ate the animals they sacrificed.  They often had the ear of the government leaders not just because of their influence but their wealth.  They prayed on street corners, they made it obvious they were fasting, they helped people but did it so many people could see, they boasted in their obeying the law, and oppressed people and elevated themselves in their own minds above others.

Jesus said we should pray, not out of religious piety, but out of relationship.  God loves you!  He wants you to know Him.  He wants you to make prayer more about conversation than a santa wish list or out of duty.  He gave His Son as payment to remove the barriers that limit our knowing Him.  So do not approach Him in prayer as a distant God but as a close Father.  He once dwelt in buildings and wrote His law on stones, now He dwells in people and writes His law on hearts.

So real quickly lets talk about law.  God set laws to navigate relationship for the good of the people following Him.  Don’t worship idols is about relationship and trust.  Don’t sleep with people you are not married to, is about your soul and theirs not being led to pain and hurt.  It has always been relational and always will be.

So today, pray to a Father who loves you and want to talk to you!