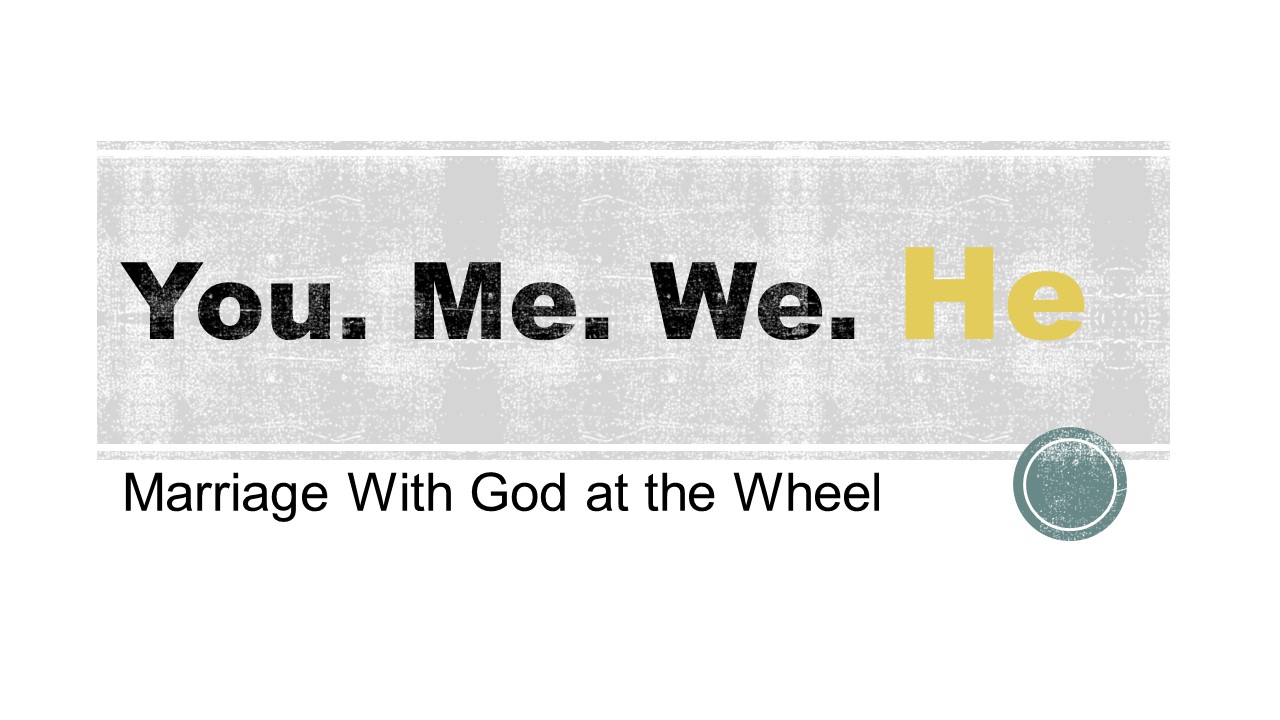 I’ve been preaching at a church here in Managua about once per month. They are currently in a series in 1 Peter, so I just slotted into their schedule. As “luck” would have it I got to preach on the following: Wives, be subject to your own husbands, so that even if some do not obey the word, they may be won without a word by the conduct of their wives, when they see your respectful and pure conduct. 1 Peter 3:1

What a fun passage to preach on as an outsider at a church (if there was a sarcastic font, that sentence would be in it)! Here’s the thing about these passages on wives submitting to husbands. We usually get so polarized by them, either believing that the woman is the submissive helpmate of the husband, or that such passages should be ignored because they are culturally insensitive today, that we miss the point. Specifically, we miss that marriage is a covenant, meaning that GOD is THE Head of every marriage.

Let me illustrate with a story. I once was on a flight between Milwaukee and Newark. As I waited for the flight I watched as every other flight between the Midwest and East Coast was canceled. Amazingly, the gate agent called my flight. I submissively got in line, handed them my ticket, took my assigned seat, stowed my luggage, buckled my seat-belt, and listened to every word of the safety announcement (ok, maybe not that last one). As our plane flew over the East Coast things got really intense. The plane bounced around like a ping-pong ball, with luggage and people’s half-digested dinners flying around the cabin (yes, it was really gross in there!). When we finally hit the runway it was so icy that the plane started to slide, finally landing at a 90-degree angle with the runway (and continuing to slide at that angle!). We eventually arrived at the gate, and as I got off I noticed the captain was all of about 23 years old and his jacket was three sizes too big (likely because he was so new he hadn’t been fitted for one yet). Come to find out, our flight was never cleared to take-off or land, but the pilot decided to anyway to show how talented he was. It didn’t matter that I had followed all the stated rules of the flight, what mattered was that the pilot had chosen not to.

When a wife is called to be submissive to her husband she is not being told to submit to his every whim, but to his following of God. As husbands, our task is to be obedient followers of God so that we don’t lead our wife and family on a hazardous journey like the pilot did. We are called to follow God’s plan for marriage, following His Word, connecting to Him in prayer, and following the lead of the Spirit. God is the CEO of our marriage, and we are called to be the Chief Follower. Let’s take that role seriously so that we never get in the way of the plan God has for our family.

← The Danger of Success Power Up →