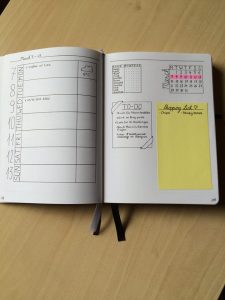 It was 3 years ago yesterday that my mother was diagnosed with cancer.  I remember sitting at the kitchen table listening by speakerphone while my siblings and mom were at the doctor’s office.  I knew the news wouldn’t be good, but listened as the doctor explained what was going on and what options we had for treatment.  While chemotherapy offered the best short term options, it still did not look good 6-12 months down the road, but we were really hoping for at least a few more months that we could spend with her.  Little did we know that the treatment intended to prolong her life would actually hasten her death.  She did not respond well and her body started shutting down a few days later and she passed away just 10 days after her diagnosis.  Even though her suffering and pain was shortened, and she would see her Savior sooner than planned, it was not what any of us were hoping for.  It was a wake-up call of how much we take our lives for granted.

Teach us to number our days, that we may gain a heart of wisdom.  Psalm 90:12

The thing about each person reading this now is that you have an expiration date as well.  It might be 50 years or 5 weeks from now, but at some point, life as we know it will end.  Sometimes we may see it coming with the onset of a disease or the progression of an illness, but there are times when it surprises us as much as a sudden accident can.  We live each day by the grace of God, often expecting our trend of days to go on indefinitely.  What would you do differently if you knew the number of days you had left to live?  If you only had 10 days left, how would your plans change?

Now listen, you who say, “Today or tomorrow we will go to this or that city, spend a year there, carry on business and make money.”  Why, you do not even know what will happen tomorrow. What is your life? You are a mist that appears for a little while and then vanishes.  James 4:13-14

Even if Christ knew exactly how his last week would play out, it could not have been easy for him to walk toward his death.  Just his posture in the garden before his arrest indicated that he was struggling with what was about to happen.  On several occasions, he even said to his disciples that his time with them was short and soon coming to an end.  Where would you turn if you knew your time was short?  Would you spend much of it with those you love and want to share the moments with them?  Would you spend time talking to your Heavenly Father in preparation of meeting Him?

Who, being in very nature God, did not consider equality with God something to be used to his own advantage; rather, he made himself nothing by taking the very nature of a servant, being made in human likeness.   And being found in appearance as a man, he humbled himself by becoming obedient to death—even death on a cross!  Philippians 2:6-8

As you look down the road, however far that may be, there are some things you can do now to prepare for that day.  Don’t wait till your last minutes to tell people that you care about them.  Let them know whenever you can.  Demonstrating love to others is a lifestyle, not a last second shot at doing the right thing.  Not only be prepared by having a will and making plans for what you would like to happen after you are gone, but write something down for those you love and will leave behind.  They will appreciate it, even the little things.  I just found an Easter card my mom wrote me years ago and I do appreciate even that.  Even consider making a video of what you would want others to know when you are no longer with them.  Share your thoughts, share your faith, share your life.  You may not be remembered 100 year from now, but your life does matter, especially to those you are living it with right now!