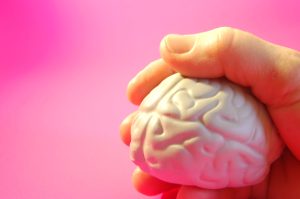 Jesus did a lot of mind blowing things in His life. He walked on water, turned water into wine, healed the seemingly incurable, and rose from the dead. Yet, I think one of His most mind blowing actions didn’t involve anything miraculous, but instead a mind blowing lesson that rocked both the Jewish and secular world and continues to challenge us today.
Jesus returned to the Mount of Olives, but early the next morning he was back again at the Temple. A crowd soon gathered, and he sat down and taught them. As he was speaking, the teachers of religious law and the Pharisees brought a woman who had been caught in the act of adultery. They put her in front of the crowd.

“Teacher,” they said to Jesus, “this woman was caught in the act of adultery. The law of Moses says to stone her. What do you say?” They were trying to trap him into saying something they could use against him, but Jesus stooped down and wrote in the dust with his finger. They kept demanding an answer, so he stood up again and said, “All right, but let the one who has never sinned throw the first stone!” Then he stooped down again and wrote in the dust. When the accusers heard this, they slipped away one by one, beginning with the oldest, until only Jesus was left in the middle of the crowd with the woman. Then Jesus stood up again and said to the woman, “Where are your accusers? Didn’t even one of them condemn you?” “No, Lord,” she said. And Jesus said, “Neither do I. Go and sin no more.” John 8:1-11

Jesus blew the minds of Jewish leaders and the non-religious alike. He taught the Jewish leaders an important lesson about forgiveness.
That’s the teaching most of us take out of this story, and it is certainly an important one. There is, however, a second important lesson. At the end of the story Jesus forgives the woman, but he doesn’t leave her with a worldly message. He doesn’t say “now go and be happy!” He doesn’t say “now do whatever you want!” No, he says: “Go and sin no more.”

See, Jesus not only forgives us of our sins, He forgives us so that we can live differently. He forgiveness gives us a new start, allowing us to reinvent our lives to be more like Him. Even all these centuries latter, this lesson can have a mind blowing impact on our lives. It reminds us that no matter how much we have sinned Christ forgives our sins. Yet, this doesn’t give us permission to live however we want. Instead, it empowers us to live a Christ-like life. To live a life focused on God and His purpose. A life that blesses others and brings honor and glory to God. This week, allow God to blow your mind a bit. Grasp both his amazing forgiveness and the opportunity He gives you to live a life of righteousness and purpose.