When I was a freshman in highschool, I met a girl. She was beautiful in my 14 year old mind that understood the full complexity of beauty.  Or as I said then “she is fine.”  Also she was one of the pretty girls that was not interested in me at all.  So I got in pursuit.  I convinced this girl to go to homecoming with me even though she wasn’t interested in me.  My family moved 6 months later.  I called this girl a couple years later.  She had a boyfriend.  So I asked her to prom.  I told her I would pay to fly her out if she would just come.  While still dating this boy, she came anyway.  It was great.  After prom, my pursuit grew. We started dating a year and a half later.  I did not say I was smart… Again I was 18… Later we got married.  14 years later we have four amazing kids and my pursuit of this girl is still alive.

I tell you that story to show the power of pursuit.  Relationships have to be pursued and the best ones are pursued in both direction. Our relationship with God can be defined in our pursuit. David was a shepherd boy who became a king.  Often his circumstances were bigger than him.  In his youth he faced a lion, a bear, and a warrior giant. As an adult he led a country, was a general in war, and faced his own son who tried to steal his throne. What got him through all of it was this…

Psalms 16:5 Lord, I have chosen you alone as my inheritance.
You are my prize, my pleasure, and my portion.
I leave my destiny and its timing in your hands.
6 Your pleasant path leads me to pleasant places.
I’m overwhelmed by the privileges
that come with following you,
for you have given me the best!
7 The way you counsel and correct me makes me praise you more,
for your whispers in the night give me wisdom,
showing me what to do next.
8 Because you are close to me and always available,
my confidence will never be shaken,
for I experience your wrap-around presence every moment.
9 My heart and soul explode with joy—full of glory!
Even my body will rest confident and secure. 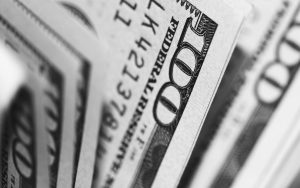 Do you hear the pursuit?  What marked David’s life was his relationship with God.  He also had great failure.  He was an adulterer, murderer, and had too much blood on his hands to build God’s temple. However he humbled himself before men and God.  He repented of his sin, tried to make things right in the adultery, and financed much of the temple though he couldn’t build it. His constant pursuit was God in his life.

There are many things in our lives that try to draw attention to our pursuit.  Careers, money, cars, power, status, position, sex, sports, or knowledge.  Those things will only leave us lacking and empty in their pursuit.  Most have moments of pleasure and lifetimes of consequence.  When we pursuit God and relationship with Him, He meets us as His kids whom He deeply loves and finds ways to bless them.

So today what are you pursuing?  How do you know?  Look at your checkbook and your calendar and you find what you are pursuing most.  You can’t change yesterday but you can choose today.  Pursuit God and all He has for your life and discover the joy that comes with it!

A couple weeks ago, I walk into a house that felt HOT!  I walked into a wall of heat like I walked into the desert.  My internal thermometer was reading “this is miserable.” So I go to the thermostat and change the temperature.  A couple hours later (yes my a/c unit is weak), the temperature was normalized and it was good.

I could have just complained about the temperature and made other people miserable.  Or I can go set a new temperature on the thermostat.

Proverbs 13:9 The life of the godly is full of light and joy,
but the light of the wicked will be snuffed out.

When you can change a situation without making the room too hot or cold, you are a thermostat.  Jesus wanted his followers to be thermostats.  He wanted them to change the temperature of wherever they went.

Paul and Silas were once in prison because they preached the gospel.  At midnight, they starting singing worship songs out of a heart of joy.  Their circumstances could have made them a thermometer and they could have been angry or discouraged.  Like the Psalm, their life was full of light and joy.  The jail is shaken and the doors open.  The warden comes to find the doors open and Paul and Silas still in their cell.  They lead this man to Jesus and his whole family gets saved. Why?  They were a thermostat.

How to be a Thermostat?

You are a thermometer.  You can feel the temperature.  A thermostat needs a thermometer to know how to adjust.  So choose to be more than a thermometer and change the world around you.  Set the temperature at home, at work, at church, in your heart.  Don’t let other people taint your ability to set the right temperature.  Gossip kills. Negativity destroys.  Fear corrupts. Joy brings hope. Light dispels darkness. Love covers.

So go be a thermometer!

5 Ways to Strengthen Your Prayer Life

It is easy to go days without prayer or get in such a religious habit that our prayers are empty.  Yet there is nothing more important we can do to grow in Jesus than prayer.  To be clear prayer is not one directional, it is more than us giving our requests to God.  Prayer is intended to be conversational. 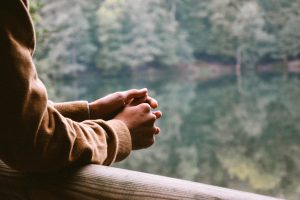 John 10:17 My own sheep will hear my voice and I know each one, and they will follow me.

Know God wants to talk to you more than you want to hear Him.  He is for you and not against you.  He has a plan for you and it is found in prayer.  So today take one step.  Talk to the God who loves you.

Mark 6:45 Immediately He made His disciples get into the boat and go before Him to the other side, to Bethsaida, while He sent the multitude away. 46 And when He had sent them away, He departed to the mountain to pray. 47 Now when evening came, the boat was in the middle of the sea; and He was alone on the land. 48 Then He saw them straining at rowing, for the wind was against them. Now about the fourth watch of the night He came to them, walking on the sea, and would have passed them by. 49 And when they saw Him walking on the sea, they supposed it was a ghost, and cried out; 50 for they all saw Him and were troubled. But immediately He talked with them and said to them, “Be of good cheer! It is I; do not be afraid.”51 Then He went up into the boat to them, and the wind ceased. And they were greatly amazed in themselves beyond measure, and marveled. 52 For they had not understood about the loaves, because their heart was hardened.

53 When they had crossed over

Growing up my grandparents took me on road trips.  Now I take my kids on road trips.  There is this cursed question that came out of my mouth and now my kids mouth on the road trip.  It is the most irritating question that begins about an hour into a 15 hour trip. The question is asked repeatedly. I asked it after counting the cows, playing slug bug, playing my spy with my little eye, and taking a 5 minute nap. I thought there should be more coordination than that.  I knew we were not there yet but thought we should have by then.  I was bored. So I would pull out my sony walkman and listen to some Amy Grant, Gospel Gangsters, and DC Talk. 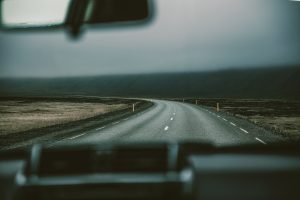 It feels embarrassing to be in the meantime. We have tried to get to the other side.  We have done all we know how to do, all our mentor knows how to do, all they know how to do and we are not there yet. We think we should be there by now.  No one tells us when we leave shore in the boat how long it will take to get to the otherside. No one said it could take years or even decades.  So often because the timeline does not match our internal one, we manufacture it.  People ask us how we are doing and we act like we have already arrived “there” instead of telling the truth about being in the meantime.  The disciples only made it halfway across sea with their best effort.  Sound familiar?  Here is the key:

and here is the second:

It is only by the grace of God we get to the other side.

When I was a kid on a road trip with my family, I would often fall asleep.  The next morning I would wake up with the strangest feeling.  How did I get here?  You see when I fell asleep my dad picked me up and took me where I needed to be.

You see there is one who never sleeps.  He will be the faithful one.  He is the reason you get to the otherside. It will be by His grace alone.

I do not know where your “there” is.  It might be your marriage, job, your kid, or a promise of God.  Whatever it is God loves you and is for you.  And when you have done all you know to do… Stay in the boat! Though the waves are mounting and wind is building, it is better to be in the storm with Jesus than alone on the beach . Take rest by knowing who is in your boat!

5 Ways to End the Summer Slump

I wish every person would read through the Bible every year, go to church every week, serve using their gifts and talents every week, spend time as a family talking about what God is doing in each person, serve people everyday, tithe to a local church, and be generous as a lifestyle not just to get the tax break (however I am very grateful for that break).  I know most of you would aspire to do many of those things but won’t.  So if I could encourage you to do one thing this summer it is this….. 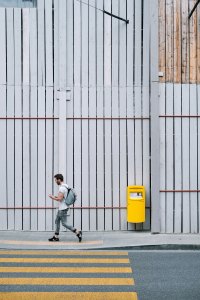 Pray for at least 5 min a day

You will be surprised how fast 5 minutes will turn in to more.

So today… Pray. God loves you and is for you.  His is not looking to catch you in sin but to forgive and save you from it.  Approach Him as a loving Father.  If you have never known a loving father, let Him show you and heal you.  He wants you to hear His voice more than you will ever want to hear his voice.  Go pray