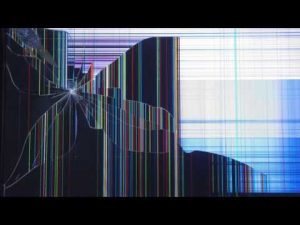 The past week has been a little rough around here.   Last Thursday night after dinner, our family was playing outside and I was racing our 5 year old around the yard, like I had done dozens of times before.  I was flying across the back yard and planted my foot to jump over an obstacle and it twisted suddenly when I heard a few loud pops followed by instant pain.  Not good.  Though I can now walk with a limp, It will be several more weeks before things are back to normal.  The next day, I had just gotten back home and walked inside to find the 5 year old beating up on the 2 year old and I put down my work bag and in frustration threw down a nearly empty plastic bottle which bounced and hit the TV shattering the screen.  This was something I thought the kids would have done months ago, but nope, it was me.  Needless to say the 5 year old was more devastated by a broken TV than by any other punishment I was about to impose, so we both learned a lesson there.  Earlier today, my wife called and told me our 5 year old was having a seizure, likely caused by a fast fever that started earlier in the day.  She was as rattled as he was, but doesn’t appear to have any long term effects at this time.  So, when challenges and surprises come your way, do you feel any more or less loved by God and those around you?

Therefore, just as sin entered the world through one man, and death through sin, and in this way death came to all people, because all sinned.  Romans 5:12

If you ask anyone, Christian or not, if we live in a broken world, almost all would say yes.  You only have to watch the new once to realize that all is not right with the world, which may be even more evident here in 2020.  Drought, disease, disasters, and death are all part of our world, which impacts young and old, rich and poor, to varying degrees.  The selfishness and greed of us and those around us also factors into the physical and verbal harms and injustice we inflict on one another.  There is no doubt that there is brokenness and sin in our world and in our own hearts.  But what can we do about it?  Does all the brokenness we see around us in the world make us give up hope, or make us want to turn to someone who can help?

My sacrifice, O God, is a broken spirit; a broken and contrite heart you, God, will not despise.  Psalm 51:17

So, when your body starts slowing down and breaking down over time, and as you see those around you fail due to disease and death, what is your response?  We can either shake our fists at God or each other and say “you did this to me,” or accept that death is the ultimate conclusion to each of our lives and something that we  must all deal with eventually.  Does knowing that our time is limited and that things of this world will one day all be gone bring any sense of urgency to what you do on a daily basis?  How much time and energy are we putting into things that don’t have much eternal consequence for anyone?  You think that would change my behavior, but it doesn’t always.  When the world around us seems ready to give way, let us turn to the One who can give us hope.  Christ can give us hope in this world and the one to come, because he entered it and lived it with us and has overcome it.  When we submit our lives to him, he empowers us to overcome everything this world has to offer and can throw at us.  Let us rejoice in that!

In your relationships with one another, have the same mindset as Christ Jesus:  Who, being in very nature God, did not consider equality with God something to be used to his own advantage;  rather, he made himself nothing by taking the very nature of a servant, being made in human likeness.   And being found in appearance as a man, he humbled himself by becoming obedient to death— even death on a cross!  Philippians 2:5-8