But for the Grace of God 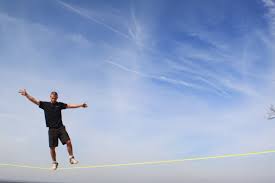 A couple weeks ago, I found myself sitting in an office with an elder, a pastor, and a drug addict in his early 20s who had been only since that morning.  He had grown up within a couple miles of where I had lived for the past 20 years and to my knowledge, this was the first time I had met him.  We had a mutual friend who had brought him to my attention, as they were seeking a sponsor for him to go to Teen Challenge in hopes of overcoming his addictions.  He had done a couple shorter sessions in drug rehabilitation programs, where he had some success in getting his life back on track, but when he returned home, his willpower did not last against the temptations and old routines he had known in his young life.  He had not really know much about the Good news of Christ, but had a loose understanding of God from his memories of going to church a little when he was a kid.  As we sat there and shared a little of the hope that we had in Christ, I thought of how easily any one of us could be in his same shoes if things had gone a little bit different in our lives, regardless of the type of family we grew up in.  Do you ever think that?

For God so loved the world that he gave his one and only Son, that whoever believes in him shall not perish but have eternal life.  For God did not send his Son into the world to condemn the world, but to save the world through him.  John 3:16-17

While the outcome of this story I was recently introduced to is still to be determined, there are stories around us each day that remind us that line between good and bad, and heaven and hell may often be a thin one.  With recent protests over the way some people have been treated unfairly by law enforcement, maybe it brought up scenarios in your mind where you have had run ins with the law and how that might have gone differently based on how you look.  You may not ever know how things may have gone differently if you had a different skin color, or were a different gender, but the stories of those in these situations may help you understand a little bit better what it is like to be in those shoes.  I’m not saying most police are racist or sexist, or act wrongly in most situations, but as with any profession, there are some who do.  We may all agree that it may be somewhat fair to be punished for a wrong we did, but it is not fair to be punished for something we didn’t do, but we look like, or what someone thought we might have done.  No one ever wants to be treated unfairly, but we all have been.

So, if we took a microscope and looked at your life so far, we will likely find a multitude of sins that have been committed against God and others.  We could also probably find some things, that if found out, could even send us to jail.  Whether traffic violations, situations where we had stolen something intentionally or unintentionally, told lies or even spoke about ill about someone that was misinterpreted, there are likely many things we have done that we thought we got away with.  When we get what we deserve, that’s one thing, but when we get what we don’t deserve, that’s another.  When we are punished for something we didn’t do, that’s injustice.  There are many examples of people who were even sent to death row for crimes they did not commit.  When we are not punished for something we did do, that is grace.  You have surely experienced this in small ways by your parents, a teacher, or even a police officer, who just gave you a warning.  But when you experience the same thing by Christ, over a multitude of your sins that are pardoned, that’s another.  That is like being born again.  It is also freeing and has the ability to grow love and joy in our lives as we experience that grace day after day, time and time again.  Have you experienced that joy yet today?

Here is a trustworthy saying that deserves full acceptance: Christ Jesus came into the world to save sinners—of whom I am the worst. But for that very reason I was shown mercy so that in me, the worst of sinners, Christ Jesus might display his immense patience as an example for those who would believe in him and receive eternal life.  Now to the King eternal, immortal, invisible, the only God, be honor and glory for ever and ever. Amen.  1 Timothy 1:15

← There are People on the Other Side of the Storm Wanna Be a Hero? →