Not too long ago, a bat invaded our house.  My grandma woke up to it flying in her room.  I went in the room and could not find it.  Part of me thought she didn’t have her glasses on and she was disoriented.  Later that morning it shows up again.  My 10 year old son decided he was up to the challenge.  He went and got his Red Ryder BB gun.  It was perched in a corner of our vaulted ceiling in a little ball.  Nervously he aims at the bat knowing it could get spooked and start flying again.  He takes aim and shoots the bat.  He nails it and the bat swoops to the floor at all the girls in my house start screaming.  My wife covers the bat with a towel and takes it outside dead.  Levi my son is now a sharp shooting warrior.  He has officially gotten his first man card at 10!

One of my favorite stories in scripture is about a man who steps up in a crazy way.  The act of heroism, by this many named Benaiah, along with a few others led him to eventually become the captain of the guard under King David and commander in chief under King Solomon.  Little did he know these acts of heroism would set up such a dream responsibility. 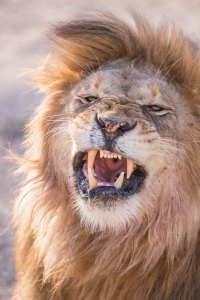 2 Samuel 23:20 There was also Benaiah son of Jehoiada, a valiant warrior[i] from Kabzeel. He did many heroic deeds, which included killing two champions[j] of Moab. Another time, on a snowy day, he chased a lion down into a pit and killed it. 21 Once, armed only with a club, he killed an imposing Egyptian warrior who was armed with a spear. Benaiah wrenched the spear from the Egyptian’s hand and killed him with it.22 Deeds like these made Benaiah as famous as the Three mightiest warriors.

On a Snowy day-

Isn’t that just how God works.  If you live in Israel snow comes around about as often as it does in Alabama.  They are not used to this kind of cold.  On a miserable day comes a defining moment.  I don’t know about you but most of my defining moments were on a bad day or a hard day.  Benaiah has to face a lion one on one on a miserable day.

I think in our lives we find ourselves here on our worst days.  The day you didn’t get enough sleep, had a rough morning, spilled something on yourself, lost an opportunity is the day you notice that person who is having a rough day, you have the opportunity to cheat or lie, or feel compelled by the Lord to be overly generous.

These are the days God tests our character and He find whether we can be trusted.  So this week I want to challenge you to ask God to give you an opportunity to show faith in a way that costs you like it would on a snowy day.  Then ask God to give you the strength and courage to do it.

← Don't Walk Away From Who You Are Good Deal? →