I work with leaders from the age 13-60.  Many of them want positions of authority.  Some have had a lot of leadership experience and some none at all.  The most successful leaders are not the ones that are fighting for position but those who are quick to learn and ask a lot of questions.  They are concerned with being developed.

I am 32 years old this year.  I am reviewing my 20’s and I see a them.  There were times when I tried to prove myself so I would be discovered as a great leader.  Those times were always full of conflict and insecurity.  Then there were times when I was all about being developed, not striving or proving anything.  I recognized my need for growth huge in this time.  I found mentors and leaders who could help me.  I did what they said whether it made sense or not.  I grew a ton! Also, leadership opportunity came my way. 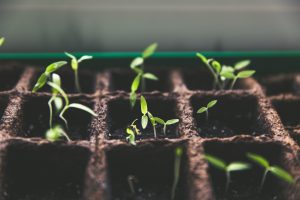 Jesus was God’s son and Jesus was about 30 when He started his ministry.  Why not 18 after all he is God in flesh.  Joseph was 30 when He was promoted 2nd in command of Egypt, before that he was a slave in Potiphar’s house and a prisoner in a political prison. David was about 30 when He was finally given the role of King of Israel.  All of them had been given a dream years before that. God waited until they were developed before they were given position.

Can you imaging being Jesus at 25.  You know who you are and the mission you have been called to and you have to wait.  From age 12 – 30 we have one verse.

Luke 2:52 Jesus grew in wisdom and in stature and in favor with God and all the people.

Weird thought isn’t it. Jesus had to grow in wisdom and favor with God.  Jesus needed developed.  Even at 30 he is saying my time hasn’t come.  Can you imagine Mary?  She has a virgin birth, and I am sure everyone believes the engaged pregnant woman saying she has not had sex.  She wants her son discovered for who He is.

Joseph has a vision of greatness. He tell his family who you would hope supports his dreams, and he gets sold into slavery by his brothers.  If Joseph is to one day lead an Egyptian amy being in the caption of the guards house, in charge of everything in the house.  Maybe God is up to something.  If farmer boy is going to be 2nd in command of the greatest nation on earth, learning politics in a political prison doesn’t seem that far out.  As a prisoner, Joseph is put in charge of the prison. Slavery and a prisoner would not his first choice, but he was developed into who God wanted him to be.

You might feel stuck in obscurity and that you have not been discovered yet in the dream that God has for you, but God has a tendency to test his people in the place of obscurity to see if they will be humble and be developed or just whine about their circumstances.  God has GREAT THING planned for you life, but He wants you focused on being developed so He can trust you being discovered.  Who is further in the journey that you need to have mentor you?  What job do you have you need to do your very best in?