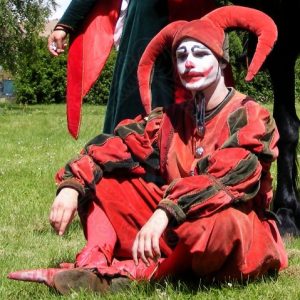 So, our 5-year-old turned 6 this week and with each passing day, we pray and are hopeful that he increases in knowledge and maturity.  He was excited for his birthday party and our whole family celebrated with him.  He is young, distractible, impulsive, competitive, foolish, and can be forgetful 3 seconds after you ask him to do something, but he can also be hard working, intelligent, thoughtful, and caring toward others, so there is still hope!  When I get frustrated with him, my wife often asks me what I did when I was that age, and honestly, I don’t remember my thought process back then, but know I probably made some poor choices from time to time, as any child is prone to do.  Can you recall any foolish choices you made or trouble you got into when you were a child?

The way of fools seems right to them, but the wise listen to advice.  Fools show their annoyance at once, but the prudent overlook an insult.  Proverbs 12:15-16

He went on: “What comes out of a person is what defiles them.  For it is from within, out of a person’s heart, that evil thoughts come—sexual immorality, theft, murder,  adultery, greed, malice, deceit, lewdness, envy, slander, arrogance and folly.  Mark 7:20-22

Unfortunately, children do not have a monopoly on foolish decisions.  You just need to watch the news or read a newspaper on any given day to hear of stories where people made some bad decisions, often with much more serious consequences as an adult.  Most of these foolish choices stem from actions taken because of pride, jealousy, anger and the like.  Often, if something that someone does offends me, my first reaction is one of retaliation, but if I give myself time to calm down, though I have come up with several good ways to get back at them, I often choose not to act the fool, and offer them grace instead.  The truth be told, we all still make some foolish decisions from time to time, but hopefully those are fewer and far between when we yield our selfishness to Christ and choose to bring forgiveness into a situation instead of revenge.

No one likes to be called a fool, and right or wrong, we can somehow always justify our actions in our own minds.  Hopefully, there are people in our lives that can also be a voice of reason and talk sense into us before we make any rash or foolish decisions, like our parents hopefully did when we were children.  If we are still ever called fools, may it be as fools for Christ when our actions don’t fit expectations of those social norms around us.  Often when others insult or offend you, they expect you to retaliate the same way.  Instead, may we surprise them with compassion and forgiveness, and with kindness and words of wisdom instead of words of anger.  They may think us foolish, but they said the same of Christ when he did not act and react as most of the world around him expected.  May others think of us the same as they did of Him.

For the word of the cross is folly to those who are perishing, but to us who are being saved it is the power of God.  1 Corinthians 1:18

← Why before What By Request →