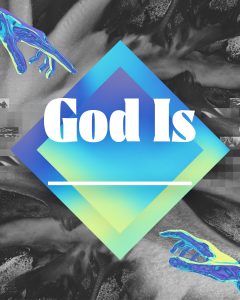 When I was in college, I had an awesome roommate. He was incredibly fun, but he was also a real cheapskate and ate A LOT. This often meant stealing my food, but on one occasion he actually went to the grocery store himself. He came back all excited that he had bought a whole chicken for only $1. Of course, a grocery store doesn’t sell a chicken that cheap (even way back in 2002) unless it has a few issues. First, it was not a cleaned and butchered chicken. This was not a problem for him, as he used my sink and my siccsors to do the butchering (he also cleaned up the mess… with my tooth brush). There was another very obvious reason the chicken was $1: it was already rotten! It had immedietly smelled up our room. I told him he needed to get it out before we couldn’t breathe anymore. He agreed, and we moved on with life.

A few weeks later our room smelled simply atrocious (yes, even worse than normal for two college guys). I thought maybe something had died behind a vent, and used my nose to sniff out the source. It led me to his fridge, which was the home of the now green, black, and white chicken. I forced him to take it to the dumpster, but he couldn’t stand the smell. I tell you what, you have not fully lived until you’ve watched a 400lbs man run down the hallway with a rotten chicken tucked under his arm like a football!

Ok, so that’s a crazy (albeit true) story. Here’s my point: a lot of us have sin in our lives that is stinking it up like that chicken, yet we refuse to throw it out like the garbage it is. Maybe it’s pride, addiction, lust, lying, or something else, but I think most of us have some sin that we keep doing day after day, week after week, etc. The longer we do little about it the more it stinks up our life. As much as sin can stink up our life God is graceful. God is always willing to forgive us of our sins when we are willing to confess our sins.

These are some of my favorite versus in Scripture, because they so clearly tell us that God is graceful: If we say we have no sin, we deceive ourselves, and the truth is not in us. If we confess our sins, he is faithful and just to forgive us our sins and to cleanse us from all unrighteousness. If we say we have not sinned, we make him a liar, and his word is not in us. 1 John 1:8-10

This week, let’s all take time to draw near to God and to cleanse ourselves of the sins that are stinking up our lives. Let us all admit our sins and ask our loving and graceful God’s help in removing them from our lives. The longer we don’t deal with our sins, the more it will stink up our lives. Let’s get in the habit of taking out the trash, and let God cleanse us from our unrighteousness.