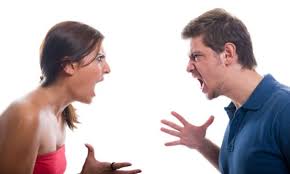 When was the last time you were angry?  You don’t have to look far to find or start an argument these days.  The news and Social Media are flush with critical words about one group or another.  You just have to look at the comments on any given news story about someone messing up or being accused of a crime to watch the verbal spears fly.  Maybe the oldest human pastime is to criticize and condemn others to make ourselves feel superior.  People claim that the political environment is more toxic and polarizing today, but in reality, it may have always been this way, to a degree, but is just more obvious now.  If you have ever been in the middle of a heated argument, you realize that no one wins when it comes to yelling at each other.  What do we hope to solve by getting angry?

A hot-tempered person stirs up conflict, but the one who is patient calms a quarrel.  Proverbs 15:18

This past week, we heard stories of individuals having anger toward others and getting to the point that they take their lives, even killing people they did not know.  What does it take for people to get to the point where they think murder is a good solution to their problems?  Most of us would ask why would someone would commit a crime like that because we can’t imagine ourselves doing something that extreme.  But in reality, it always starts with anger, from an actual incident, or even from a perceived threat.  If any of us were put into some extreme situations, we would likely be capable of doing things we would consider unfathomable.  I think I am a fairly patient person, but like anyone, I have my limits.  When you say the same thing to a child (or an adult) 3 times in a row and they still don’t listen, frustration and anger start to creep into your voice and attitude toward the situation.  What can we do to keep anger from getting a hold in our lives and escalating further into yelling or acts of physical violence?  It starts and can end with forgiveness.

In your anger do not sin: Do not let the sun go down while you are still angry, and do not give the devil a foothold.   Ephesians 4:26-27

Is there anyone you are still have feelings of anger toward from this week, or even from incidents years and decades in the past?  What is it that keeps you holding on to those feelings?  It may have been something another person said or did to intentionally, or even accidentally harm you.  It may be something that you feel is unforgiveable, or you feel they are not remorseful and don’t deserve forgiveness.  The sad truth about unforgiveness  is that it always hurts the one harboring the bitterness more than the one who perpetrated it.  As someone has said before, ‘Its like you swallowing poison and hoping another person gets sick or dies from it.’  So, forgiveness not only frees someone else from the wrongs they have done to you, but even more so, it frees you from the prison that anger, bitterness, and unforgiveness hold you in.

So, if you have a chance to take a close look at your heart today, and find there is even an ounce of bitterness toward another person, or even groups of people, who you don’t think are worthy of God’s grace, find a way to forgive them.  This act may even open the door to finding a way to show love toward them.  As God called us to love and forgive not just those that are closest to us, but to anyone who offends us.  That is the mark of a true Christian.  Doing the difficult things in life is not just good for others, but is also best for us in the long run.  May you be blessed as you find ways to be more forgiving toward others in all areas of your life!

Get rid of all bitterness, rage and anger, brawling and slander, along with every form of malice.  Be kind and compassionate to one another, forgiving each other, just as in Christ God forgave you.  Ephesians 4:31-32