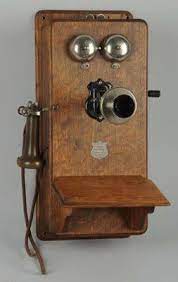 So, last night, I had a Zoom meeting with some old college friends, most of whom were international students checking in from different places around the world.  It was a good chance for us to catch up with everyone from different places in a virtual meeting for a couple of hours.  We even had some retired professors and former staff join in, some of which I had not talked with since I was in college.  We each shared a little and summarized what we have been doing in the years since we left college, which mostly consisted of where we have lived and updates on our families.  There was even a little time to share some stories from when they first arrived in Iowa, as many of them had preconceptions of the people and climate, which often did not include snow.  Some also shared updates on former acquaintances who have passed away, one of which was just a few days ago.  Overall, it was a unique opportunity to share a little about our lives and even testify of how God has been faithful to us in that time.  Is there anyone you would still like to talk with that you have not seen or spoken to in years?

For I am convinced that neither death nor life, neither angels nor demons, neither the present nor the future, nor any powers,  neither height nor depth, nor anything else in all creation, will be able to separate us from the love of God that is in Christ Jesus our Lord.  Romans 8:38-39

One story a friend shared was how he had hand written a letter to the College when applying, and that it took two weeks for the letter to get to the destination, and another two weeks for him to get a response, or almost a month for a back-and-forth correspondence.  You hear stories of letters exchanged during war where it can be months in between.  Now, we can send an email or text message and have back and forth correspondence within a few minutes.  We can jump on the computer and have a face to face meeting, Jetson’s style, where distance has little impact on our ability to communicate directly with others.  Then this begs the question, are we communicating better with others than we used to, with this increased ability and means to do it?  If we take a hard look at our lives, often the answer on most days ­­­may be ‘no’.  In fact, there are some days that I feel I have not been in touch very well with the very people who live in my own house.  So in this instance and others, it has more to do with our intent, and making time to communicate well, than it does with our means and ability to do so.  How well are you really connecting with others in your life on a daily basis?

And we know that in all things God works for the good of those who love him, who have been called according to his purpose.  For those God foreknew he also predestined to be conformed to the image of his Son, that he might be the firstborn among many brothers and sisters.  Romans 8:28-29

So, if we now have greater ability and means to reach others, through online resources and opportunities for direct communication, are we doing a better job at reaching the lost with the good news of Christ?   Just because we have more ways to get the message to others than just smuggling bibles across closed borders to unreached people groups, doesn’t mean that they are all receiving the message at a greater rate.  In fact, how can we reach someone three houses down, who lives in a community with 10-20 churches, and has access to unlimited online bibles and resources?  Its probably the same way that has worked in different countries and in different decades throughout history – from a personal invitation from someone they know and trust, or who has their attention for a brief time.  The same way that proved most effective even 150 years ago or earlier as people shared what God for us through Christ, and how that has directly changed our lives.  We can share that with others in more and newer ways than we used to, but it still takes time and a purposeful attempt on our part to connect and communicate with others.  Ultimately, it is God who uses a variety of means to draw each of us to Himself and the hope we have in Christ.  For that I am truly thankful!

Therefore go and make disciples of all nations, baptizing them in the name of the Father and of the Son and of the Holy Spirit,  and teaching them to obey everything I have commanded you. And surely I am with you always, to the very end of the age.  Matthew 28:19-20

← Self-Control on Target The Author and Perfecter of Faith →