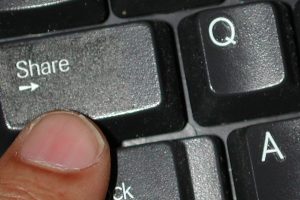 Jossy Chacko grew up in India before moving to Australia for college in the 1980’s. He remained there after college, marrying an Australian woman and having a successful career in business. He stayed in touch with many friends in India, including a northern Indian minister named Phillip. Phillip regularly wrote asking for Jossy to come and help him minister, an invite he repetitively declined. One day Phillip wrote a letter informing Jossy that there were entire villages in northern India where no one had ever even heard the name Jesus before. Having grown up in India Jossy highly doubted that was true, so he wrote Phillip that if he could take him to such a village he would consider partnering with him.

Phillip accepted this challenge, so while on a trip to India Jossy took several days to meet with Phillip. Sure enough, he was led to a village where not a single person had ever heard the name Jesus. Through a translator Jossy shared the gospel as the entire village listened intently. At the end of his message the entire village joyfully came to accept Christ as their savior! There was one man, however, who did not seem so joyful. When Jossy asked why he proclaimed “why hasn’t anyone come to tell us before?”

Those words really convicted me. While it is hard to imagine anyone in America who has not heard the name Jesus, there are millions who have never been lovingly told about him before. They’ve experienced judgement and rejection at the hands of Christians, seen Christians act hypocritically, and heard snippets about the Christian faith, but have they ever had anyone sit down and lovingly share the good news with them?

Once I was on a mission trip to Mississippi when a member of our team broke their cell phone. I went with them to get a replacement, and while waiting stared talking to a man who was a professor at the local university. An atheist his entire life, he was shocked that our team would have come all the way from Iowa to serve his community. He asked a lot of questions about why we would choose to sacrificially serve others, and I told him it was because of the example Jesus set for us. As I continued to share with him he said that while he had met hundreds of Christians in his life not a single one had told him about Christ’s love and sacrifice. They’d told him he was a sinner and was going to Hell, but not once had they shared about Christ’s love.

Friends, there are people in your community right now that could proclaim: “why hasn’t anyone told me this before!” Let’s take the time to actually share the good news with them.

But in your hearts honor Christ the Lord as holy, always being prepared to make a defense to anyone who asks you for a reason for the hope that is in you; yet do it with gentleness and respect. 1 Peter 3:15

You can learn more about Jossy Chacko’s amazing life and ministry in his book Madness.

← Light in the Darkness When God Shows Up →