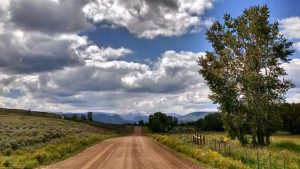 Philippians 1:21-23 (NKJV) For to me, to live is Christ, and to die is gain. 22 But if I live on in the flesh, this will mean fruit from my labor; yet what I shall choose I cannot tell. 23 For I am hard-pressed between the two, having a desire to depart and be with Christ, which is far better.

In July of 2012, I got sick.  I was diagnosed with a fairly rare kidney disease.  My immune system decided to target my kidneys and before the disease progressed to obvious symptoms, my kidneys were headed for failure.  My disease is incurable, but manageable.

I tend not to share my aches and pains with others.  When I’m sick or hurting, right wrong or otherwise, I generally keep it to myself.  However, in this case, word got out and the outpouring of love and support was remarkable.

I don’t recall when, exactly, or whom, but a few weeks into my treatment, someone inquired as to how I was doing.  After I briefed him on what exactly was going on, he asked, “is this deadly?”  Until he asked, I hadn’t thought very long on that possibility, “I don’t think that’s a likely outcome, but if not gotten under control, I suppose that’s possible.”  “Wow, I’m so sorry,” he replied.  “That is truly scary!”  Until, that moment, I hadn’t thought of the situation in that way, either.  “Not really,”  I replied.  His expression shifting to bewilderment. “Huh?  How not?  That doesn’t frighten you?!” he asked.  I thought about it for a moment and, “no, not in the least.  You see, I know where I’m going,” I stated.  Again, bewilderment, “what do you mean?”  At that question, it dawned on me.  My friend doesn’t know the saving power of Jesus.  “I certainly don’t want to leave my wife without her husband or my girls without their father.  But, if it is my time, afraid?  Quite the opposite, in fact. I’m going to heaven to be with Jesus and my Heavenly Father.  Why on earth would I be fearful?”  He simply nodded his understanding, wished me the best and headed on.

Prior to my friend asking, why had I paid death no never mind? My conclusion, why should I.  Three years prior, I guarantee my mind would have been drowning in the idea of death.  I would have been submerged in fear.  But not anymore.  I had hope and faith in the promise from my Lord Jesus.  I had peace, knowing that the end of this life is merely the beginning to life ever after in heaven with Him and my Father.  Like Paul, I now have a “desire to depart and be with Christ”.  It’s far better!

In the meantime, I know that my time here is measured and He would have my life be fruitful.  So, I’m trying to do just that.  I’m trying to allow Him to use me in a way to help lead others to this same hope, faith and peace that carried me through that conversation with a friend, through the battle with this disease and that carries me from one day to the next.  This disease may get me yet.  If so, it’s alright.  We are all departing this world eventually.  I would just like to make the most of the time I’m allowed, live well and leave well.  God bless you and have a glorious weekend my friends!