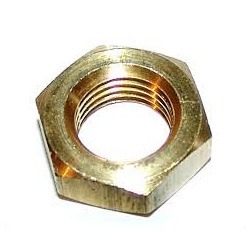 Have you ever come across something you had tucked away some time ago, or thought you had lost and exclaimed ‘There it is!’  It is a good feeling.  This past weekend, I was playing junior lumberjack and clearing some invasive trees in some timber, when I noticed a locking nut was missing from the chainsaw.  I looked around where I had been working and did not see it, so I finished the work I had been doing as it was starting to get dark.  The next day, I took a 5 year old helper with me to help look once more, though I was doubtful anything could be found over an acre of grass and sawdust.  We first stopped where I had cut a small branch, which was about 100 yards from where I was doing most of the work near a larger tree and first noticed the nut was gone.  We looked down in the brush and there it was!  While not worth nearly as much as a silver coin, we still did a little happy dance to celebrate.

Or suppose a woman has ten silver coins and loses one. Doesn’t she light a lamp, sweep the house and search carefully until she finds it?  And when she finds it, she calls her friends and neighbors together and says, ‘Rejoice with me; I have found my lost coin.’  In the same way, I tell you, there is rejoicing in the presence of the angels of God over one sinner who repents.  Luke 15:8-10

Have you ever gotten lost, or gone looking for someone who has?  There is a greater sense of urgency than when looking for a lost object.  Once, when I was 5-8 years old, I was walking with my family of 8 through a large crowd at the fair.  I remember looking around at all the sights and signs and then realizing that I was not walking with my family anymore.  I stopped and looked around for a bit, then decided to walk in the opposite direction to see if they stopped earlier somewhere.  After going up and down the main concourse for several minutes, I spotted them standing at a corner and walked quickly to rejoin my family.  I specifically recall my mother’s reaction as a mix of anger that I had gotten lost with joy and relief that I had been found.    While not as dramatic as a rescue at sea or finding survivors after an earthquake, it gave me a glimpse of how it must feel when your life is saved.

Remember this: Whoever turns a sinner from the error of their way will save them from death and cover over a multitude of sins.  James 5:20

Have you ever been with someone when they made a commitment to give their life to Christ?  Do you remember when you first did this?  It may not have been with many people, or maybe you were even alone by yourself, but there was likely much rejoicing.  When we realize the treasure found in trusting Christ with our earthly and eternal lives, there is little that compares to the joy we experience in this.  So, as others were rejoicing when you first stepped into the Kingdom, now you can rejoice with them whenever someone new does the same.  Share your story and invite others to join in this adventure with you as we celebrate along the way.  Regardless of your abilities, a life changing experience like finding out about a God who loves you and being adopted into His kingdom is surely worth singing about!

Amazing Grace, how sweet the sound,
That saved a wretch like me.
I once was lost but now am found,
Was blind, but now I see.