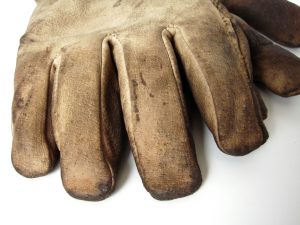 As I was reading the oft told story of Zacchaeus this week, I was struck by the following, which I’d previously glossed over.

But Zacchaeus stood up and said to the Lord, “Look, Lord! Here and now I give half of my possessions to the poor, and if I have cheated anybody out of anything, I will pay back four times the amount.” Jesus said to him, “Today salvation has come to this house, because this man, too, is a son of Abraham. For the Son of Man came to seek and to save the lost.” Luke 19:8-10

Look at those three verses for a moment. Upon being confronted by his sin, and Jesus’ amazing grace, Zacchaeus not only proclaims he will give up his sinful life, but repay those he harmed by a factor of four. He wants his Christian-self to outperform his worldly-self by a factor of four. This idea really struck me. Sometimes we set out to do as much good as we can, while sinning as little as possible. We figure if we do more good today than bad, even if its a close score, we’ve succeeded. But what if we aimed to do four times as much good as we have sinned? What if we aimed to do four good works for God for every one sin we have committed? Can you imagine the positive impact on the world around? Now look, this is not some perfect formula for righteous living. I do, however, hope it gets us seriously thinking about the impact we make. As Christ followers, we should be aiming to out perform the sinful world around us, with its vices of immorality, impurity, idolatry, hatred, discord, jealousy, envy, etc. We should be striking back with the good of Christ: love, joy, peace, forbearance, kindness, goodness, faithfulness, gentleness and self-control (aka the Fruits of the Spirit). The world will always be doing its best to drag people down, so let us all be doing everything we can to counter the sinfulness of the world with the love of Christ.

← A Time to be Thankful Who is the Holy Ghost? →