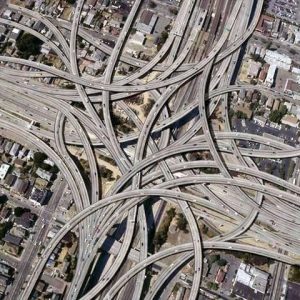 Monday morning, I checked the radar to see where the snow was and it all looked like it was leaving Iowa and heading through Wisconsin.  Then I sent a message to some friends North of Appleton and asked how things were up there and got the reply ‘everything is closed’ as they had 15-20” of snow on top of ice.  If you live in the Midwest, especially Northern Iowa or Southern MN the past few weeks, you are used to weather changing things.  What do you do when things don’t play out according to how they were planned, or how you hoped it would go?  If you are like me, surely you encounter this on some level every day.  Whether it’s the weather, an illness or accident, a computer problem, someone not doing what they promised, or any number of things, how we deal with adversity each day says a lot about our character.  What do you say to God when things don’t go your way?

Trust in the Lord with all your heart and lean not on your own understanding;   in all your ways submit to him, and he will make your paths straight.  Proverbs 3:5-6

Any one of us can look at our live and in one moment say we are miserable, and then looking at another poor soul, and say its not so bad.  When we compare our situation to anyone else, we can always find something to complain about and covet in others, especially if we have a lot of negative self talk.  If we listen to the Word regularly, we may find that we are blessed more than we thought, and when we see someone else in a worse situation, we would seek to help or give an encouraging word instead of gloat or criticize.  Consider how often Jesus gave up what He could have selfishly taken in any given situation.  Instead, he put others before himself because it was best for everyone.  When we think selfishly, we act selfishly.  When we think of others, we act in love.

And being found in appearance as a man, he humbled himself by becoming obedient to death—even death on a cross!  Philippians 2:8

Take a few moments to consider where you would be if some things had gone different in your life.  If  you had not had the parents you did, or lived where you are, or met those you have in your life now.  You may think things would be a lot better or could also be a lot worse than what they are.  If everything had gone according to your plans, you surely wouldn’t be where you are today.  Thank God for the blessings in your life.  Be grateful for what you do have, and even for what you don’t have.  Find opportunities to be a blessing to others as well, no matter where your plans take you today.

“For I know the plans I have for you,” declares the Lord, “plans to prosper you and not to harm you, plans to give you hope and a future.”   Jeremiah 29:11