Sometimes We Need to Stop 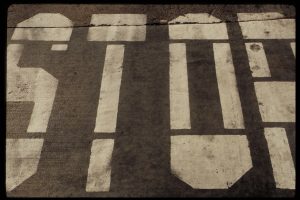 I read an article recently about the downfall of Target in Canada. In 2013 Target decided to enter Canada for the first time, opening 133 new stores in its first year. Moving into Canada seemed like a brilliant move. Many Canadians were already familiar with Target, and made stopping at Target a major part of any trip to the US. All indicators were that Target’s expansion into Canada would be a run away success. Yet, from the beginning, the Canadian expansion was a disaster. All of Target’s ordering, sales, and re-stocking are managed by computer software that has served them well in the United States. Canada, however, differs from the US in its use of the Canadian dollar, French and English, and the metric system. Those responsible for Target’s data entry often forgot about these differences, leading to errors in 70% of their initial product orders (mostly related to entering sizes in inches rather then centimeters). This led to major mistakes in the ordering of products, and most Target’s opened with half-empty shelves. To make things worse, store shelves never seemed to get re-stocked. Target soon discovered that its ordering clerks, who needed to keep the shelves 97% full to receive positive evaluations, had turned off the software function that reported empty shelves. While this assured them of a 100% success rate, it also meant that Target HQ was never informed that stores were out of products. Less then two years from opening Target Canada went out of business, closing 133 stores, laying off 17,600 employees, and losing over $2 billion.

As I read this story I was amazed that there was never a point in which someone said “stop!” Instead of opening stores with a known problem in their supply chain Target should have postponed openings for one or two months to ensure all their data problems were fixed. When things do not go as we like in life we tend to simply trudge on like Target Canada, no matter how bad things may be. We soon become so stressed and overwhelmed that we have no idea what to do next. When you start feeling overwhelmed in life take Jesus’ advice in Matthew 11:28-29: Are you tired? Worn out? Burned out on religion? Come to me. Get away with me and you’ll recover your life. I’ll show you how to take a real rest. Walk with me and work with me—watch how I do it. Learn the unforced rhythms of grace.

All of us need to take time to stop whatever we are doing in life to simply spend time with God. We need to take time to speak with Him, listen to Him, and let his love flow over us. Even if this is for only 10 minutes during your crazy day take the time to let God re-charge you. Don’t try to do everything on your own, especially when things start going wrong. Press stop and let God’s love and grace help push you through the trials of your life.

← Key Components of Making Men Purpose in Every Step →