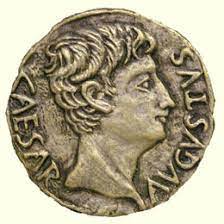 I’m supposed to take my tax papers in tomorrow, and this past Sunday, our pastor preached on Mark 12…Coincidence?  Yes, most likely, but it brings some issues to the forefront.  Each year we crunch the numbers and try to get as big a return back from the taxes we have paid, or try to minimize the amount we pay.  I always did my own taxes up till the time I was married, which often took many hours and days to go over numbers and recheck to make sure things looked good.  I admit, I made some mistakes (not in my favor) and had to go back and redo them a couple times, but ultimately I tried to get things as accurate as I could.  But you don’t have to look far to find cases of people who are penalized and prosecuted for tax evasion.  Maybe everyone who gets caught thinks they will get away with it, otherwise they probably wouldn’t do it, or pay someone to do it, but the truth usually emerges, eventually.  What is your attitude toward paying taxes…gladly doing your civic duty, or reluctantly signing that check?

They brought the coin, and he asked them, “Whose image is this? And whose inscription?”  “Caesar’s,” they replied.  Then Jesus said to them, “Give back to Caesar what is Caesar’s and to God what is God’s.”  And they were amazed at him.  Mark 12:16-17

If you go to the local coffee shop where the retired guys congregate, you probably will hear chatter about what is good, or not, about where our national, state, and local governments spend ‘their money’ through taxes.  The new 1.9 trillion dollar stimulus package passed by Congress earlier this week is sure to get a few comments.  Whether property tax, sales tax, income tax, etc tax, if you are living in the civilized world, we are most certain of Death and Taxes, and people with opinions on both.  Most folks want ‘their taxes’ spend on things that benefit themselves, and not on something they will never see, or that their conscience disapproves of.  So, is there an appropriate Christian attitude toward taxes, or does it mostly fall along political party lines?  Most people I know, Christians and non, tend to feel entitled to ‘what’s mine’, and legally they should be.  But this attitude tends to promote and increase greed.  When we have the attitude that none of it is mine, and it all belongs to God, or the government, or Caesar, or whoever, then it is easier to let it go.  If you want to get to know the condition of someone’s heart, just look at their checkbook, bank or credit card statements.  Ask someone about how they spend their money, if you dare, and get ready for defensive comments aplenty!  Should this be?

This is also why you pay taxes, for the authorities are God’s servants, who give their full time to governing.  Give to everyone what you owe them: If you owe taxes, pay taxes; if revenue, then revenue; if respect, then respect; if honor, then honor.  Romans 13:6-7

So, as you pay, or receive back part of your taxes this year, just say a simple prayer and thank the Lord for allowing you to be a steward of what He has trusted you with, for now.  Imagine if your tax returns, your checkbooks, and all your transactions were posted online for anyone to see…how would you respond?  Maybe we will get there someday.

No one can serve two masters. Either you will hate the one and love the other, or you will be devoted to the one and despise the other. You cannot serve both God and money.  Matthew 6:24

← Friends with God Be Thankful →