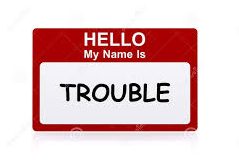 Have you dealt with anyone this past week that caused you to lose your patience or become angry?  It probably happens to me on a daily basis.  How we react in these situations tells us as much about our own character as it does about the people we are dealing with.  We have all dealt with difficult people at one time or another in any number of settings.  Maybe there is someone you work with that is not easy to get along with or that tends to rub you the wrong way.  You may encounter someone for a few seconds while driving who doesn’t seem to care about anyone else.  Or maybe there is someone in your own family that seems to challenge you every time you talk with them.  Regardless of where and how often, undoubtedly you will have opportunities to practice getting along with difficult people through live.  Is this getting easier or more difficult to do?

A hot-tempered person stirs up conflict, but the one who is patient calms a quarrel.  Proverbs 15:18

Most of us tend to gravitate toward others that are similar to us, either in appearance, in politics, in faith, in hobbies, in the stage of life we are in, or a number of any other things.  It seems easier to get along with others who tend to agree with us on many things, but if we dig deep enough, there will surely be issues of contention.  When we do encounter someone who differs from us, we tend to either do one of two things, either we just let it go and don’t try to rock the boat, or we stand up and rock the boat by stating our differing opinion and set up a potential debate.  I recall one evening over 10 years ago when I was staying at a ski resort along with my brother and some others he knew, so I only met a few of these guys that day.  One of these guys started stating some strong political views, so I took the counter perspective, just for the sake of argument.  After about 30 minutes of going back and forth, I could see he wasn’t changing his viewpoint, despite flaws I pointed out, nor was I joining his team.  We decided to leave it at that and retire for the evening.  Most arguments end with each party just becoming more convinced that they are right.  How many arguments have you won lately?

Bless those who persecute you; bless and do not curse. Rejoice with those who rejoice; mourn with those who mourn.  Live in harmony with one another. Do not be proud, but be willing to associate with people of low position. Do not be conceited.  Do not repay anyone evil for evil. Be careful to do what is right in the eyes of everyone.  If it is possible, as far as it depends on you, live at peace with everyone.  Romans 12:14-18

So, when we encounter others who are selfish, who are angry, who think it is a game to cause trouble and challenge others, let us not react in the same manner toward them, but show them a better way.  It may take weeks or years for them to learn there is a better way, but unless they see it in those around them, they may never know.  This is especially true among fellow Christians.  You expect some of this behavior out of those who do not know Christ, but those who claim His name should be growing in their faith and lives, and we should call them to account for this or any other behavior that is not in line with what Christ calls us to.  Let us come alongside them with patience and rejoice when we both grow!

Be still before the Lord and wait patiently for him; do not fret when people succeed in their ways, when they carry out their wicked schemes.  Psalm 37:7