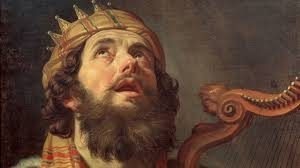 When you hear that someone has spoken from the heart…what does that mean?  Usually it implies that they spoke openly and honestly and directly about what they were saying…they poured their heart out.  You can hear someone speak from the heart, sing from their heart, and even work with their whole heart.  More often than not, most of us go about life half-heartedly, with 10-40 percent of the enthusiasm and work ethic of which we are capable.  Would we burn out if we gave it our all?  Would others think we are too emotional…or a bleeding heart?

The heart is deceitful above all things and beyond cure.  Who can understand it?  Jeremiah 17:9

One statement about a person in the bible has always intrigued me was that David was a man after God’s own heart.  What does that mean, and even more, am I a person after God’s own heart?  There is probably more written about David than most others in the bible, so we get a pretty good look at his character, flaws and all.  We see him standing up to a formidable giant, fending off predators of sheep, anointed a king as a young boy, leading the Jewish people, and spilling out his guts all throughout the Psalms.  David was a man who left it all on the table, so is this why God smiled upon him?

But now your kingdom will not endure; the Lord has sought out a man after his own heart and appointed him ruler of his people, because you have not kept the Lord’s command.  1 Samuel  13:14

One way to get a bigger picture of David is to compare him to his predecessor, Saul.  Why would God reject Saul and promote David to the leadership role?  If we look at their hearts, we see that Saul was often proud and disobedient, while David was more sensitive and repentant.  We know that both men were sinners and were far from perfect, but when confronted with their sin, one justified it, while the other confessed it.  When David was challenged on the issue of murder and adultery with Bathsheba, instead of covering up his crimes and having the leaker executed, he owned his sins and was repentant.  Maybe this is what God admired in the young man.

He mocks proud mockers but shows favor to the humble and oppressed.  Proverbs 3:34

Humility is not the only admirable trait that David exemplified, but it was a strong one.  We can look at which of the fruit of the Spirit matches up with his life and get some good examples of how we can live those out as well.  His ability to express love, joy, patience, kindness and other fruit is exemplified in many of the stories we have come to know.  I read a book around 10 years ago called “Leap Over a Wall: Earthy Spirituality for Everyday Christians”, which looked at several character qualities of David and applied them to our own lives.  It is a good read.  Look to the examples of people you admire around you as well, and let God guide your heart and your life.