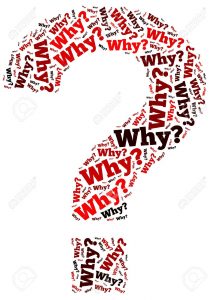 Have you ever had anyone ask why you were a follower of Jesus?  Maybe not directly, but you have probably had people ask you questions about your faith, or why you do something the way you do.  Was it fairly easy to give an answer for why you call yourself a Christian?  In our culture, this is not a conversation that seems to happen that often, unless you are regularly asking others about their faith.  With all the movies, TV shows, and other media, it seems that almost any subject is fair game, except for questioning people about their faith.  What would you say if someone asked you why you chose to follow Jesus?

But in your hearts revere Christ as Lord. Always be prepared to give an answer to everyone who asks you to give the reason for the hope that you have. But do this with gentleness and respect.  1 Peter 3:15

I once had a conversation with someone who was seeking the truth and exploring the claims of Christianity and he kept asking me a variety of questions regarding the creation story, the Flood, the God of the Old vs. New testament, the crucifixion, communion, etc, etc.  It was almost as if he wanted every question answered to his satisfaction before he would take a step of ‘faith’ and believe in the claims of Christ.  Or it may have been a smokescreen to avoid making any sort of a commitment.  Regardless, I still shared how I came to accept the whole bible as truth, whether I could explain every detail or not, and still believe the rest by faith.  The real question for us all is ‘What are we going to do with Jesus?’  We have heard the claims, so who do we say that He is?

Have you ever considered, ‘What if I was born into a Muslim, Hindu, or atheist family, would I still want to follow Jesus?’  Why would He be appealing to me if all my family belonged to another faith?  I have recently had some conversations with a missionary in an all Muslim nation and he shared that it was almost a cultural taboo to even discuss other faiths, as it is even against the law to proselytize, or try to convert someone to any religion other than Islam.  The barriers to others hearing about the Gospel are many in each area of the world, but there are some still hearing the truth, and some willing to deliver this message.  Even in your own home, how do you share the gospel message with a child or teenager, so they are informed to make a decision?  Think about the person who shared this same message with you and what led you to ask Him in.

Knowing that most people will never question you about your faith, have you considered how to engage others in a respectful conversation about faith in general?  Granted, it is not the most natural or easy thing to do, but once you have done it a few times, you may be able to do so more naturally.   How often have you shared your testimony with someone this past year?  I have been challenged to write mine out and send it to people I know, but with whom I seldom get to have a meaningful conversation.  As a challenge, see if you can use the name Jesus in a conversation with someone today, or even every day this week.  Even if it is with another believer, at first.  It is not a conversation that is easy to have, but it is one that is definitely worthwhile!