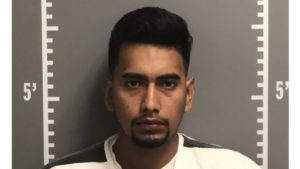 Over the past month, and more recently in the past couple days, likely you have heard the story of the missing University of Iowa student, Mollie Tibbetts.  The 24 year old man, Cristhian Rivera, who was charged with her murder has been the center of scrutiny for the past couple days.  Some things about this incident are known, but several others, such as ‘how’ and ‘why’ are not.  When a young person, like Mollie, is the victim of a horrific incident like this, it leaves many people heartbroken and angry.  I expected it, but am still amazed at how hateful many comments are in most public forums.  There are some cliché ‘prayers for family and friends of the victim’ as well, but didn’t see any concern for the family of the young man who seems to have committed this act, but mostly different variations on how he can burn in hell.  Is there a proper Christian response to a tragedy as horrible as this?

Do not take revenge, my dear friends, but leave room for God’s wrath, for it is written: “It is mine to avenge; I will repay,” says the Lord.  Romans 12:19

One friend who heard about this situation asked ‘why does it hit home for me?’  Many answered, because it happened in relatively safe, small town Iowa and it could have been anyone’s daughter, even yours or mine.  If it was close to home and was or could have been someone you know, how much more significant is it in your life?  My daughter is only 3 months old, but I have already thought about what she may face in 5, 10, or 18 years.  I want the best for her, but there are many things which may happen that are beyond my control.  The other thing we don’t often think about is what the family and friends of the young man involved must be dealing with.  I struggle to imagine what is must feel like for your child to be accused of murder.  What would you do in that situation?  Genuine prayers for all involved is not an unreasonable request.

Rejoice with those who rejoice; mourn with those who mourn.  Live in harmony with one another. Do not be proud, but be willing to associate with people of low position.  Do not be conceited.  Romans 12:15-16

Many people, Christian or not, seem to rank sins and take an odd ‘at least I’m not as bad as this guy’ pleasure in demonizing this man and his actions.  Maybe in some way this makes their own misdeeds seem more insignificant in comparison.  So, many are quick to cast the first stone when they hear about what happened and they lash out with words of anger.  Truth be told, we all deserve, and have received the death penalty for our sins.  Everyone reading this will one day be gone, and an ultimate judgement will be rendered to each of us.  To many, it doesn’t seem fair that a young person’s life should be over ‘before their time’, but it can serve to remind us of the limited time each of us has.

The Lord is not slow in keeping his promise, as some understand slowness. Instead he is patient with you, not wanting anyone to perish, but everyone to come to repentance.  2 Peter 3:9

Honestly, my hope is that this young man comes to a place to know Christ and receives forgiveness for what he has done.  That is not what most people want to hear.  They want justice, now!  A man who killed a young girl entering Heaven is not what most in the world would call justice, but is it not our hope for him? If not, can you find a place in your heart where this could be your hope?  Isn’t repentance and salvation what God would seek for each of us, regardless of where we are in life, even for the ones convicted of every unimaginable act or dying in prison?  Many of the most notable persons in the bible were guilty of murder, among other misdeeds, including Moses, David, and Paul, yet they were still used by God for His ultimate good.  May our prayers be for those who are mourning the loss of a friend and family member, and that something good would come out of these tragic events.  May your words be used to build others up and not just condemn.

Therefore, there is now no condemnation for those who are in Christ Jesus.  Romans 8:1