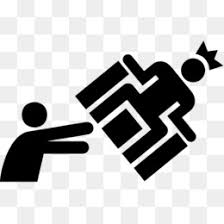 This past week, we have heard a lot of rhetoric about attacks on democracy and attempts to take control of the government, and you get a wide array of opinions, depending on who you ask.  I’m not qualified enough to make judgements on people’s intentions, but only know what I see and hear.  If you take the political temperature anytime over the past several years, it seems to come out hot.  There has been a lot of criticism on both sides for a long time and any fuel to the fire seems to make it worse.  When I talk with friends about the subject, the question eventually becomes ‘what are you going to do about it?’  I think a lot of people just want to complain and be heard by someone if they are frustrated.  Maybe they are trying to convince us to join their camp and say ‘you are right’, or at least that is the feeling I get.  But ultimately, what are you going to do if you don’t like the way things are being run?  If you want things to change, how are you going to do it?

I urge, then, first of all, that petitions, prayers, intercession and thanksgiving be made for all people—  for kings and all those in authority, that we may live peaceful and quiet lives in all godliness and holiness.  1 Timothy 2:1-2

When I was in college, I was a little surprised one day when my roommate told me his father was involved in a plot to overthrow the government of the country where he grew up.  While the coup d’état did not succeed, several of the leaders of the plot were executed and his father served prison time for his involvement.  While I wasn’t extremely politically active, I did win an election to overthrow the ‘ruling class’ while in student government, which may have been the pinnacle of my political career.  When you ask to what degree we should let our faith dictate our involvement in government, you will get a wide range of answers from conscientious objectors to armed militia, as we can use a wide range of sources to justify our beliefs and actions.  I also think of Dietrich Bonhoeffer, who was a deeply committed servant of God, but at the same time was involved in a plot to assassinate Adolf Hitler.  So, our call to involvement in the political world is not always black and white, but our call to serve another leader is much more explicit.

“You shall have no other gods before me. “You shall not make for yourself an image in the form of anything in heaven above or on the earth beneath or in the waters below.  You shall not bow down to them or worship them; for I, the Lord your God, am a jealous God, punishing the children for the sin of the parents to the third and fourth generation of those who hate me, but showing love to a thousand generations of those who love me and keep my commandments.  Deuteronomy 5:7-10

Who are you subject to?  Who has the power to control your life?  We are all subject to someone, whether we realize it or not.  Even if you live in the remote wilds of some far off land, you are subject to the laws of that land, whether enforced or not.  Most of us are slaves to sin and our own selfish desires, and even after we are born again, there is still a tendency toward sin, when we give it a hold in our lives.  There is a constant threat to attempt to overthrow the ruling forces in our lives by us and others.  When we say Jesus is Lord of our lives, we put him on the throne of our hearts and lives.  But when we subject ourselves to other things that try to take His place, we serve them instead.  So, seek each day to serve the One who has the power over life and death and we won’t be disappointed in the end result, regardless who has political power in our country, state, and little corner of the world.

I have been crucified with Christ and I no longer live, but Christ lives in me. The life I now live in the body, I live by faith in the Son of God, who loved me and gave himself for me.  Galatians 2:20

← Wrestle with Your... You MUST Live There →