I don’t know how…

This week while driving I realized that when I press the gas pedal my truck moves when it is in gear.  I do not know how the truck knows how to change gears or how the gas pedal makes it go. I have a general idea but very limited.  I also preach from an ipad. I type it on my macbook and then the letters appear on the screen and then wirelessly transfer everything to my ipad for me to preach from.  I have no idea how it all work!  That does not keep me from driving or preaching with an ipad. 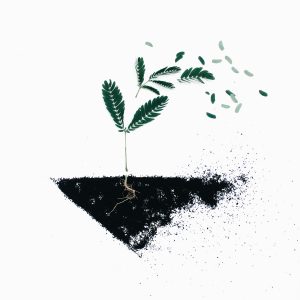 Last week, I shared how this scripture is a parable about how we need to plant Jesus the seed into the dirt of our lives and let the dirt do its work. This week I want to look at something different:

The principle beneath the parable is that we should not let the fact we don’t understand how something works keep us from sowing seed.  I think when it comes to matters of Jesus we often feel like we need to understand how it is going to work or the results of planting before we sow.

Daniel had a dream of having significant influence even though he was the youngest in a family system where the youngest has no influence. He later gets sold into slavery, falsely accused ending up in prison, and forgotten about by the people he met in prison.  He also gets put in charge of his slave owners home and leads the prison while a prisoner. This was all a set up to make him second in command of Egypt and saves his whole family with that influence.  I am sure in the prison he did not know how.

David is anointed king and goes back to being a shepherd. He kills a giant and becomes the kings body guard only to have the king try to kill him.  He gets put in charge of an army only to find his success getting him demoted. Then he runs away alone only to find himself being chased by a king and the army he is supposed to be leading.  David taking lunch to his brothers gave an opportunity to kill a giant, being a body guard gave insight to being a leader of a state, and running for his life taught him leadership as he raise an army of outcasts. I am sure in the field tending sheep, being demoted, and running for his life cause him to not know how.

What if your journey of struggle is your great set up?  Where is you being discouraged in your “don’t know how” keeping your from planting seed?

← Travel Light: Our Past Old Fruit →