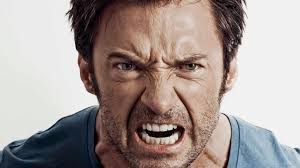 Last night around midnight last night, I heard a few pops outside as the New Year entered in.  Whether they were fireworks or gunshots, who knows, but either way, someone was so excited, they wanted everyone else to know. Some say we live in an explosive society now.  There is anger and frustration bubbling beneath the surface and all it takes is something to set off an explosion of actions that are not good.  Just look online at the comments section of any news story and you have random people attacking each other with words.  You can watch video compilations of road rage and people acting poorly while driving.  Just in a normal day, you may see someone upset who didn’t get the service they wanted at the store or in any other place of business.  How do you deal with the anger that surfaces around you and within you?

A gentle answer turns away wrath, but a harsh word stirs up anger.  Proverbs 15:1

What has been the most angry you have seen someone?  What set them off in this state?  From what I have observed, and in my experience, nothing good results from letting anger go unrestrained.  Even if no one is around you to witness your wrath, often bad things can happen and things get broken.  I’ve seen lots of people take out their frustration on the nearest thing, which I guess is a little better than hitting someone.  I guy I knew in college punched a glass window in anger and cut up his hand pretty bad.  Personally, I’ve broken a washing machine and injured my shoulder when tossing a heavy bag out of frustration.  In hindsight, these things seem pretty silly, but in the moment, people can lash out.  These actions can have lasting consequences from harsh words, physical injury, and even most murders are the result of unchecked anger.

Refrain from anger and turn from wrath; do not fret—it leads only to evil.  Psalm 37:8

In contrast to human nature, how do you keep yourself from doing something stupid when your anger is provoked?  It may be more of an act of patience and self-control to not retaliate when someone offends you.  Do you take a deep breath and give yourself some time.  Do you put the issue aside and come back to it later when you are more composed and collected.  Do you give someone ample warning of the consequences of their actions.  Do you quote scripture aloud or in your head…’vengeance is mine – says the Lord.’  All these little strategies can helpful for us, but what do you do when you see things escalating among others?  Are you the voice of reason that helps others calm down.  Sometimes it takes another voice when someone is apt to make a poor decision.  We all could benefit from a solid voice of reason in our lives, wherever that comes from.

But now you must also rid yourselves of all such things as these: anger, rage, malice, slander, and filthy language from your lips.  Colossians 3:8

Angry people are not anything new in society.  Since the first family Cain and Abel, anger has been an issue.  Is there a cure for it?  In my experience, the only thing that seems to work to keep anger at bay, is forgiveness.  When we can forgive someone of getting mad at us, or for acting stupidly toward us and others, we are less apt to retaliate ourselves and do something we will regret.  They most likely don’t deserve to be forgiven, but neither do we.  Jesus had every right to put people in their places, and he often did, but chose to forgive instead of condemn others when they made mistakes.  The same as he does with us on a daily basis.  So, when you feel like giving someone what they deserve when your anger is starting to escalate, give them what they don’t deserve instead, and forgive them, which in the end will be for their benefit and for yours.

My dear brothers and sisters, take note of this: Everyone should be quick to listen, slow to speak and slow to become angry, because human anger does not produce the righteousness that God desires.  James 1:19-20