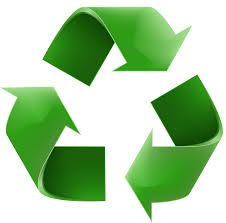 The other day, I drove by the can recycling place and saw three people standing in line with several large bags of cans and kept on driving…not worth the wait.  I stopped back later after finishing a few things and was in and out in about 45 seconds…score!  I used to redeem my cans at a different place years ago and recall standing in line for over 20 minutes at times and thinking ‘this is not even worth the effort.’  I know some who don’t even bother taking in their Iowa cans for the nickel, while others walk miles along the road looking for a few random cans.  How can the same thing have such variable value to so many people?  What determines the value you place on a can or on a person’s life?

You are not your own; you were bought at a price. Therefore honor God with your bodies.  I Corinthians 6:19-20

When you see a pile of trash bags, your first thought may be to ‘get rid of that before it starts stinking up the place!’  Others may say, ‘Wait, some of that can be used again’…proving that one man’s trash is another man’s treasure.  One phrase that has been popular in encouraging people to lessen the amount of waste they produce is to Reduce, Reuse, Recycle.  Reducing the amount of things you buy and consume will naturally cut down on waste and improve your budget.  If there are good things you no longer use such as clothes, furniture, tools, etc, then sell or donate them to someone who can use them.  Of all you have left, take it somewhere that will recycle it and make it into something useful.  We probably recycle 90% of what most people would toss out including paper, metal, plastic, cardboard, glass, and the like.  Even most food waste not eaten by the dog goes into the compost pile and eventually into the garden.  Sure, it takes a little extra effort, but the satisfaction is worth it.

Can you see the same intrinsic worth in other people that you might see in a pile of things?  Do you determine someone’s worth based on what they can do for you, their ability to work hard, the clothes they wear, vehicle they drive, or their physical attractiveness?  Suppose someone comes along with a reputation, a criminal record, wild hair, or a lot of other baggage…would you give them a chance to prove themselves and work with you?  When we devalue others because of their physical appearance, disability, shade of skin, past actions, or other criteria, we devalue the God who created them.  Don’t get me wrong, there are bad people out there who would like to harm or take advantage of you, but what would happen if someone shared the good news of salvation and redemption in Christ with them?  God only knows.

You intended to harm me, but God intended it for good to accomplish what is now being done, the saving of many lives.  Genesis 50:20

Let the redeemed of the Lord tell their story— those he redeemed from the hand of the foe.  Psalm 107:2

So we may look at someone who has squandered much of their life, someone who has wronged us in some way, or even our own life and ask ‘what good are they to society or to God?’  We need only look to the countless characters throughout the bible to see how the life of a murderer, a thief, an adulterer, a prostitute, a maniac, and countless others can be redeemed and used for the greater glory of God.  If God doesn’t give up on them, why should we?  We may even look at our own lives and say, ‘there is nothing special about me or my testimony that would make others take notice and change their lives’, but apparently you have never tried.  God uses the willing more than he uses the wonderful.  An ordinary person willing to take a step forward to be used by God and to speak the truth is worth more than 100 golden boys basking in their own glory, or the countless cold timid souls afraid to say a word.  Am I willing to look for the value in others that God does, and am I willing to go where He leads me?

For even the Son of Man did not come to be served, but to serve, and to give his life as a ransom for many.  Mark 10:45