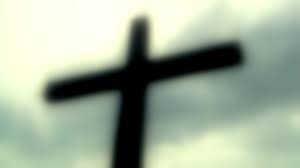 The older I get, the more I enjoy history, especially decades and experiences that occurred before I was born and that I did not experience first-hand.  I regularly lean about historical people and events that I have never heard of before through references I hear or an article I see.  A few weeks ago, my brother posted an article about a man I had never heard of who almost single handedly averted World War 3.  Just when I thought I had seen it all, something else comes along to remind me that people find new and creative ways to do both great things as well as stupid things that have been done for centuries.  There are several variations on the phrase “Those wo cannot remember the past are condemned to repeat it.”  Essentially, if we (as a society or individually) cannot learn from our mistakes, we will surely make them again.  Do you prefer to learn from your own mistakes, or those of others?

For everything that was written in the past was written to teach us, so that through the endurance taught in the Scriptures and the encouragement they provide we might have hope.  Romans 15:4

I remember a fair amount from history class in school, but was never ‘formally educated’ much beyond the Civil War because the school year ended before we could finish the book into the 20th century.  Fortunately, I have since picked up on most of the last century from other sources.  Even though some of the references in Billy Joel’s ‘We Didn’t start the Fire’ were foreign to me, I had the capacity to look them up.  Is it the same with scripture?  I regularly work with young kids in Awana, where the primary goal is to teach kids scripture.  I am regularly impressed with the ability of several children to learn it quickly, as this was always somewhat of a challenge for me, even in Junior High.  We are often learning much and have the capacity to do much more, so the question is ‘are we and the next generation focusing on the right things?’

For as high as the heavens are above the earth, so great is his love for those who fear him; as far as the east is from the west, so far has he removed our transgressions from us.  Psalm 103:11-12

I heard a question earlier this week that asked whether or not your memories from childhood were mostly positive or negative.  I have to say that most everything I recall I think was good.  So either the bad experiences were not that bad in time, or I have mostly forgotten them.  I remember fighting with my siblings, but mostly over trivial things.  I still love them today.  So are there things we should forget?  When someone wrongs us and sins against us, it is often difficult, but important to forgive them.  Just as God forgave us when we didn’t deserve it, so we ought to act the same toward others.  When someone regularly sins against us, it may be difficult to trust them as much in the future, but God often gives us the knowledge and strength to do what we cannot do on our own.

Then Peter came to Jesus and asked, “Lord, how many times shall I forgive my brother or sister who sins against me? Up to seven times?”  Jesus answered, “I tell you, not seven times, but seventy-seven times. Matthew 18:21-22