The Kind of King 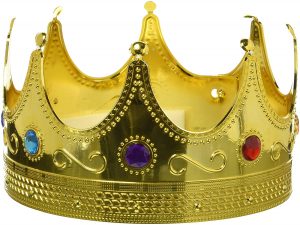 In less than two weeks, all the voting for the next presidential election will have been cast and we should likely know the outcome here in the United States.  Have you considered what life will be like over the next four years under each potential leader?  There is a lot of division and animosity in our country under the current partisan climate, which will likely continue under any scenario.  No matter the outcome, we will move forward either with discouragement or hope for who was elected.  There will always be some who say, ‘It could be worse’, or ‘It could be better’, no matter the outcome.  When it comes to your views on government, are you pretty set in your ways?  Could you ever see yourself in a different political party, or not caring about the government at all?

Let everyone be subject to the governing authorities, for there is no authority except that which God has established. The authorities that exist have been established by God.  Romans 13:1

This past week, some news came out about the king of Thailand and the wealth that has been transferred, and the disparity between him and the poverty in that country.  This same issue may not be as obvious in other countries, but it surely exists to varying degrees.  Just read a little through the history of the world to get an idea of the kinds of great and horrific leaders that have breathed the same air as you.  It gives us a glimpse of the capacity of humans to do great and evil things to their neighbors.  With all we have experienced and learned about what works and what doesn’t, you think we could be better at this than we seem to be doing now.  What kind of rule would you choose to live under if you could?  What kind of Kingdom does God have in store for his children?

But seek first his kingdom and his righteousness, and all these things will be given to you as well.  Matthew 6:33

As a Christian, where should our hope be when it comes to government?  If you have dual citizenship in the country you are living and the Kingdom of Heaven, where is your allegiance if they conflict?  Do you think legislating Christian morality is the way to go, or do you try to live out your beliefs regardless of who is in power and the laws dictated by the government.  God calls us to live peaceably under the laws of the land we are in, whether we like them or not.  This does not seem as bad when we live in a democracy and can have a vote and some say in who leads us, writes our laws and enforces them.  When you live in an oppressive monarchy or dictatorship, you may have to delay your hope, or find it in other areas.  Maybe that is why God’s kingdom seems to increase under government restriction and persecution.  Can you imagine living under such a scenario for years or decades?  Do you feel for your Christian brothers and sisters who do?  Pray for them today, and that God’s will be done in our Country and to the ends of the earth.

This, then, is how you should pray:  Our Father in heaven, hallowed be your name, your kingdom come, your will be done, on earth as it is in heaven.  Matthew 6:9-10