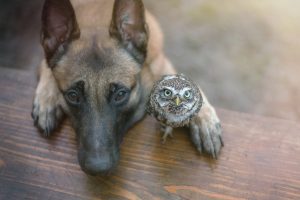 I’m not sure if you noticed, but as you are driving down the highway at 60+ mph there are little furry creatures inching their way across that big expanse of concrete as fast as their little feet can carry them.  You might not even see these caterpillars until a couple seconds before you reach them, but they appear to be on a mission for the minute or two it takes them to get across that death walk of a road.  Granted, I may not come to a stop, or even break to let them make it across, but I will do a slight swerve just to give that little guy another chance at making it across.  For a larger animal, I will break or try to avoid hitting it without putting my own safety in jeopardy, but generally, I don’t like to kill animals, unless they are trying to get in my home.  I recall once driving home from work at 3 in the morning, I saw a skunk trying to get off the road and stopped, because it had 4 baby skunks along with her.  As she would drag one of and drop it in the ditch, she would get another, and another, until the others made it back on the road to where they started, and it just kept going to my amusement for the 30-50 seconds that I sat an watched.  Have you ever gone out of your way to avoid killing an animal, or even helping one?

Some In our culture put more value on the pets in their own homes than they do on the people living next door to them.  Not that we shouldn’t value the furry friends we share our lives with, but sometimes our priorities are a bit skewed.  Growing up on the farm, we had our share of injured or abandoned animals make their way through our family.  Some attempts were unsuccessful, but some turned out well.  About the time I was born, my family had two pet raccoons living in our home that had been orphaned.  They eventually returned to the unrestricted outdoors, which was probably better for everyone.  I guess these adventures has always led me to root for the underdog, or the sick, injured, or abandoned animal, person, or team in any given situation.  We can hope that everyone can survive, thrive, and make a difference in this world, even though that is not always the case.

When we see someone kicked to the side of society’s road, what is our typical response?  We often wonder what they did to wind up in that situation.  We may fear that they may hurt us, or want money if we stop to talk to them.  We may rationalize our indifference and say we don’t have time to stop because we are already running late and need to go, go, go.  But honestly, every time I have made time to visit and talk to someone down and out, I often feel more encouraged for having made time, or money, or whatever than what I may have done for them.  God often blesses us as much, or more, in our attempts to be a blessing to others, and often not in the ways we expect.  What simple act of kindness can you show today to ‘the least of these‘ that may be a blessing to you and others?